The American burger is unsafe to eat. Unless we get our food system in Europe under control we're heading the same direction

[This post is based on an Opinion piece I wrote in the Irish Independent on Saturday, it has been updated to include the latest updates on horsemeat] 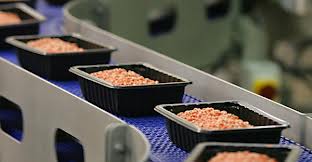 As Irish horse slaughterer B&F Meats was announced on Friday to be re-packaging horsemeat for export as beef, it seems the crisis is back on our doorstep here in Ireland. What we feared might be the case - Irish equines going illegally into the food chain has proved to be true, and there will be further  resulting ramifications for the food sector, let alone legal and perhaps criminal fallout.

Foods sold in Ikea and Birds Eye are the latest big name brands to find horsemeat in their products. As we are drip fed more information about the scale of the horsemeat problem, Irish consumers feel unsure about what other nasties may lurk in our shopping trolleys.

At the heart the horsemeat issue is the real cost of cheap food. Much of the comment has centred around “if you eat cheap food, well what do you expect?” But
research shows value ranges and cheap food are not just purchased by the 10% of Irish people living in food poverty (Dept of Social Protection). They are bought by ordinary families whose pattern of shopping is based on value and are now worth 46% of our €8.9 billion grocery market.

Food itself has become cheap, and Irish consumers across many income brackets buy own brand or discounted value ranges. This scandal has revealed that it’s becoming harder to pin the problem on simply cheap burgers and consumers are listening to contradictory advice. In between refuting the FSAI’s claims that his burgers tested positive for horsemeat, Malcolm Walker head of retail chain Iceland told BBC this week that he wouldn’t eat other UK supermarket’s value lines as “there’d be other things in there”.

The pressure on food to be cheap across the board and moves towards less regulation and testing are at the heart of the problem. As we’re drip fed more brands containing horsemeat, farm ministers in Brussels were wrangling with the CAP budget which pays farmers to produce for retailers at knockdown prices. The EU’s cheap food policy has worked to a fashion – to deliver affordable food to consumers, but how can we say it’s a success when the player closest to the consumer – the supermarkets, are the ones taking the most margin?  Subsidising farmers and paying for proper regulation at least ensures good food quality at farm level. Farmers and farming programmes currently get 42% of the EU budget. It will be less this year and by 2020 set to be reduced to 33%. So as we reduce subsidy, and food gets more expensive to produce, how on earth do we think quality or food safety is going to improve?

As has been asked many times “Why have CAP? Why pay farmers for producing food whatsoever?” Well let’s look at the US, where subsidy exist only for particular foodstuffs like fructose corn syrup which strangely dominates snack foods, food manufacturing and is blamed for America’s obesity epidemic. US is the free market unregulated end of the model. It is also the model with the most problems for those who eat its food.

The involvement of American beef giant JBS in the horsemeat crisis is hardly a surprise. Last year one of their biggest beef processors Tyson Foods was found guilty of using false books and bribing meat plant inspectors. US beef contains antibiotics and steroids, and in the opinion of most American food writers the iconic American burger is unsafe to eat.
Massive recalls of beef for ecoli and chicken and salmonella tainted eggs characterise a regular year in the US food chain. Recent research by the University of Minnesota found evidence of fecal contamination in 69% of the pork and beef and 92% of the poultry samples in retail outlets. Factory farming is blamed for large scale antibiotic resistance in the human population while the use of “pink slime" in burgers - mechanically recovered meat treated with ammonia was recently dropped by MacDonald’s in the US after public outcry.

Liberalisation of farming and food manufacture has been a disaster for US consumers.  Americans get sicker and die younger than people in any other wealthy nation. Even the best-off Americans – those who have health insurance, a college education, a high income and healthy behaviour are sicker than their peers in comparable countries, says a report by the US National Research Council and the Institute of Medicine. 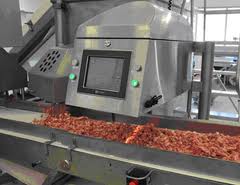 Light touch regulation doesn’t work in food. Under the Tory Government the UK’s Food Standards Agency’s budget has been slashed and food testing fallen in some areas by up to a third. In Ireland we have maintained rigorous tests on farms by the FSAI and EHOs. As food companies become more vertically integrated and dominant, it’s crucial that budget for food regulation and standards in production and manufacture are not only maintained but scaled up in Ireland and the EU.

In recent years the Department of Agriculture insisted in there was plenty of legislation in place for the identification of horses going into the food chain. In the wake of the present crisis I asked if they have plans or budget for more checks at factories and putting vets back on ports? The answer was no.
Regulation and upholding standards on farms, subsidising farmers properly to produce food above the cost of production are essential to maintain a food chain that’s safe. We may not like where we’ve got in our food picture but by further letting go of the reins we will pay for it, in the realm of our own health.
Posted by suzanne at 3:48 AM