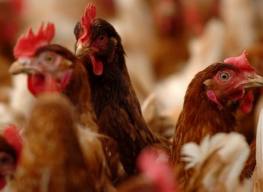 News has emerged today that Cootehill Farms, also known as Co-Operative Poultry Products Ltd in Cavan is to close with the loss of 90 jobs. It comes at a time when chicken producers and processors are under incredible pressure to deal with the spiraling cost of animal feed which is making business for some, unsustainable.

The company had been trading in County Cavan, the centre of Irish poultry production since 1949. The 25 farmers who supply chicken to the plant have also now lost their source of income and will need to get contracts with other processors fast, or go under. I've written extensively about the Irish poultry sector on this blog and pointed out many times that unless we eat Irish chicken, we won't have an Irish poultry sector. Cheap imports particularly in food service are killing the Irish trade, also loose chicken on butcher and supermarket counters coming in from Eastern Europe or as far as Thailand, sometimes bed and breakfasting (often with some kind of bulking out processing) in the EU to attain an EU origin stamp. 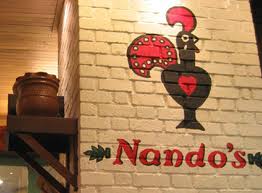 On the same day we hear of the Cootehill Farms closure, Nandos, the global chicken giant (think Kentucky Fried Chicken with a zestier twist) announces it's opening two new restaurants in Blanchardstown and Liffey Valley shopping centres. These outlets will employ an additional 100 people and bring to seven their number of Irish restaurants. Nandos is a South African success story - originally set up in 1987 it has become a family-friendly dining-out giant, with 850 branches worldwide. And guess where they get their chicken from? Moy Park in Northern Ireland. 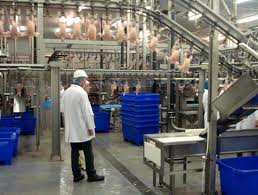 Moy Park are also a huge food success story but they are one of the reasons small producers in the Republic cannot compete. Their scale is enormous, they have 13 separate processing facilities in Northern Ireland, England, France and Holland. This year Moypark - owned by the Brazilian food giant Marfrig, posted annual sales of £1.07 billion. You can argue the 32 counties is still Ireland but it's not that simple. We gain none of the revenue in tax from this business nor a cent of the profits which go back to Brazil. Even Irish large-scale poultry businesses such as Vincent Carton's Manor Farm is finding it hard to compete with giants like Marfrig. With feed prices going ever upwards, the retail sector is also bearing the cost. But the view of Irish farmers and operators in the sector is that if consumers are prepared to pay for Irish chicken the present storm can be weathered out and we can still have a viable industry. 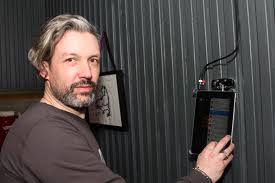 I talked to Dublin restaurateur Joe Macken (Crack Bird, Jo Burger, Skinflint) about this recently. He still buys chicken from the Republic for his string of eateries as he feels strongly that if we don't, we'll have no Irish chicken supply left and only ourselves to blame. He is also having to pay a lot more for his Irish chicken as the processors ask their customers to take the brunt of the hikes they're having to pay farmers to keep business sustainable. And what's the root of that? Drought in the US, Ukraine bans on wheat exports and spiraling costs in compound feed ingredients that are completely beyond Ireland's control.

So what's your view folks? Time to put our money where our mouth is or pay for it later?

basketcase: Irish chicken, the end of the road?
Posted by suzanne at 5:44 AM