Can foodies and commercial farming co-exist? 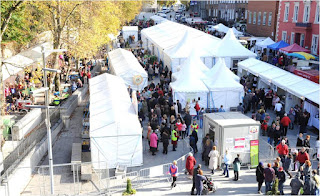 Savour Kilkenny organisers you know who you are. Again; a great festival. Again I return home so stuffed with gorgeous local food I roll out of my car on arrival, replete with foodie gifts for just about everyone except the dog.

What stood out for me about this year's festival was the inclusion of John Bryan from the Irish Farmers Association on the Foodcamp panel where I was also speaking. As someone with a foot in both camps, I feel the food world and the farming world frequently revolve around each other like two suspicious planets. Rarely do they have an opportunity to meet, engage in discussion or put to bed misunderstandings that exist between the two sectors. The GM issue has polarised this with many foodies and food groups now pretty angry with Teagasc and the IFA. Many also oppose the general idea of commercial farming which they feel is overfond of GM animal feed and supports a liberalisation of GM technologies in Ireland. 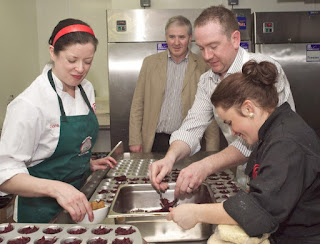 In fact the position of both sides is far more complex than this, but you wouldn't believe this unless you talk to the people involved. And that's the problem, many foodies never meet anyone who farms and most farmers have scant time to talk about the eating quality of a white truffle from Piedmont or what Rieslings they particularly enjoy.

Speaking on the Kilkenny Foodcamp panel last Thursday I suggested both worlds have a lot to learn, and more importantly to gain from each other. The IFA are superb lobbyists and have access to Simon Coveney our Minister for Agriculture and Brussels in a way that leaves the artisan and small food sector far behind. Yet both are singing from the same hymn sheet. Irish cheeses and artisan products are the shop window that sell our clean green image to the likes of Sainsburys and Danone. Big food can exist with small food, but unfortunately I often find myself the only person in the room saying this. 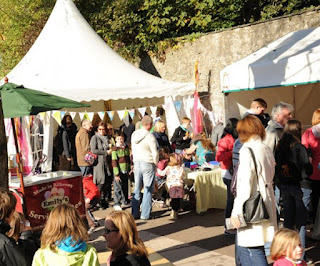 So kudos to Mag Kirwan and the organisers of the festival for including the IFA. As Mag said herself during the panel discussion "I hate the word artisan. And you won't make money making produce at your kitchen table". Her business Goatsbridge Trout had to grow to be successful. Others can remain small and still make money. What's important is that there remains a no size fits all mentality to the food sector in Ireland. Those that are very big or very small are not necessarily in opposition to each other. Yes we have to be careful that Harvest 2020 means sustainable production and that Ireland steers away from a factory farm model. But the only way in ensuring that is that the farming and the food sector shares more common ground and starts talking to each other like the example of what happened at Kilkenny. So, what about it lads?