Avian flu back in the UK?

While I hate scaring the horses, the death of a patient in London from suspected SARS grabbed me by the scruff of the neck today. The news came hot on the heels of an announcement I noticed by the Saudi Ministry of Health yesterday stating that a new form of the coronavirus has been diagnosed in three people, causing the death of two of them; the third is still undergoing treatment.

Coronaviruses are considered to be one of the common  agents of the common cold. The first case was a Saudi patient diagnosed in one of the hospitals in Jeddah; the second was a Saudi patient and the third a Gulf State patient. Both were diagnosed in London. The BBC are reporting that the present patient is still undergoing treatment, but an earlier case - a patient suffering the same virus who was transported to London has died. 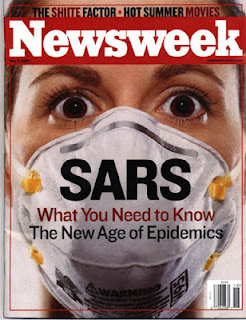 The death of these patients may or may not suggest another avian flu outbreak in the offing. While I don't like to scare the horses, one of my pet subjects of interest in the food chain are zoonoses - diseases that pass from animals to humans and have drastic effects in both populations. AIDS, ebola, TB, west nile virus, swine flu, and avian flu are zoonoses - diseases that jump and adapt from animal to human populations. As they are viruses they do not respond to antibiotic treatment. They are also talented at adaptation and mix aspects from one virus with another, allowing them to jump species and affect larger populations of both animals and people; crossing continents within hours and quickly spreading in alarming new ways.

Some scientists blame the prevalence of zoonotic diseases in recent years on the feeding of antibiotics to farm animals, particularly in North America. 70% of antibiotics sold in the US are given to farm animals. In Europe, feeding antibiotics on a daily basis to particularly pigs and poultry is now outlawed, but many countries such as Holland and Denmark still top the European tables on kilograms of antibiotic for kilogram of finished meat. This has lead to the prevalence of antibiotic resistance in both animal and human health, something being examined in Holland in terms of ESBL in chicken populations and how it has lead to untreatable urinary tract infections in the Dutch human population, particularly in older women and young girls. 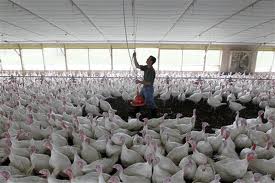 When I first came across this research and spoke with the academic in Holland who published it I was shocked to say the least. He told me that in countries like India where there is no upper limit on antibiotics in the animal population the problem is chronic, and many people now have common ailments that are completely resistant to the the first layer of antibiotics such as the penicillen family. They are also becoming resistant to the second layer and only the more rare and newly developed antibiotics are effective against them if at all.  The elephant in the room here is that because of the concentration in recent years on research funding into AIDS and cancer drugs, as antibiotic resistance increases, very few if any new antibiotics are coming on stream. 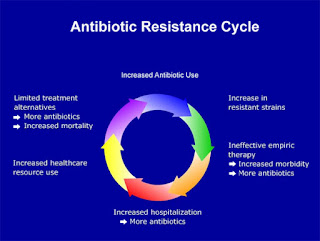 After digging further on this I found that there is also work being done on antibiotic resistance in animals and it's potential dangers to human health in Ireland at NUI in Galway. Currently they are sampling chicken breasts on sale here to determine how many are carrying ESBL markers. There is certainly awareness of the issue here and it's great to see research taking place on it. We also have much better controls on veterinary medicine in Ireland than in developing countries and less use of animal antibiotics in the food chain than the US and even some of our European neighbours.

While zoonotic diseases are different creatures their origins beg similar questions to be asked. Is intensive indoor housed farming of animals creating a public health nightmare for the future? Would  zoonotics have developed at the same pace without our past predilection for feeding antibiotics to livestock? Is there too little research (as the academics tell me) into how big the problem of disease resistancy is? 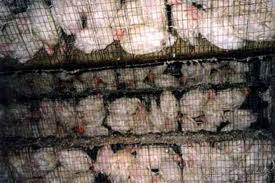 One of the problems with both these health issues is that however well the EU food and veterinary agencies and the IFSA are here at tracking disease, we are dealing with a global food economy. A bird dying from avian flu in a Taiwanese street market can affect a human being in San Francisco within 24 hours. Animal housing, animal welfare and rules governing transport of animals and disease control are often much less stringent in these countries than certainly within the EU. What's heartening to see is that there is recognition of the huge dangers these viruses present, the question is are we coming up with any new ways to deal with them and particularly how to deal with widespread outbreaks? Options

For the moment I'm watching for news on the London case and what it's ramifications are. For Irish farmers avian flu is a nightmare that could shut down the distribution of chicken meat in a matter of hours. But it would need to present in animal populations close to Ireland first. Let's hope it's an isolated case and that before that day arrives, we can learn a more about how to deal with these diseases that both threaten our the health of our farming industry and our human population.