If your food has fur, don't eat it. New survey shows 46% of us eat food that's past its sell-by date 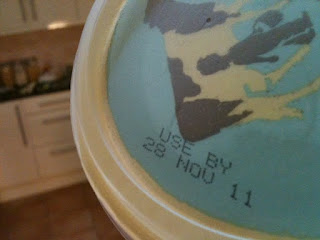 Today, survey results released by the Food Safety Authority of Ireland show that nearly half of us eat food that has passed its sell by date. No Biggie, you might say - "sell by" and "best before" dates are tools food manufacturers use to force us to throw out lots of the groceries we buy, in order to fill our trolleys with more.


But what these new figures from the FSAI and Teagasc outline is how as consumers we continually rely on our gut instinct (pardon the pun) to judge if food is safe to eat. The 46% who disregard sell by dates said in the survey that they were happy to eat food as long as it "looks and smells okay". The FSAI think the statistic is "worrying" and shows that Irish consumers are still willing to put their health at risk rather than throw something out.

There's a couple of forces at work here. Firstly, advice from all corners is that we should waste less food and shop and eat smartly. In my case this often means taking mushrooms from the back of the fridge that are probably three days past their best, and chopping them into a tagliatelle with some nice artisan pesto. Like the people surveyed, I judge for myself if these mushrooms will land me on the floor with stomach cramps or in fact, taste rather nice. As they are local, organic, and lets face it expensive mushrooms, the pressure to eat them is even greater. I even have a "I'll eat this dish but not give it to the kids" approach if I feel it presents a risk to tiny stomachs but not to mine. Again this decision making process is based not just on murky science but no science whatseover. 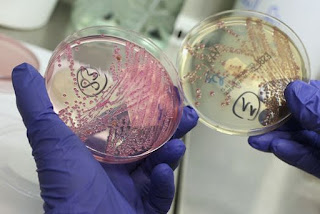 Also in this mix is the particularly Irish psychological pull of hating to waste any kind of foodstuff. "My brother fried up rashers that were three weeks out of date and he was fine" type story is central to upholding this belief and reinforces the notion that "use by" and "sell by" dates should only be loosely applied, at best.

The survey of 1000 consumers also reveals a lack of understanding of what "use by", "sell by" and "best before" terms actually mean. 39% of us will not eat food that has passed its best before date even if it looks and smells fine. But this then contributes to unnecessary food wastage by consumers. We should remember that best before dates are meant to provide a guideline. For example, the bacteria plentiful in cheese age and alter it on a continuous basis, changing its structure and to a point, improving its taste. Its up to us to judge when that cheese tastes at its richest, has gone past its best or presents a danger to us. 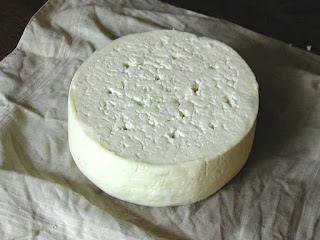 I'm regularly cavalier about "use by" dates and from these new figures its clear I'm not alone. From my work on food safety, spoilage bacteria is not the worst thing in the spectrum of threats from what we eat. Much more dangerous and prevalent worldwide are new antibiotic resistant ecolis such as E0104 which killed over fifty people in Europe this year. These unfortunately are not created by food being past its best, but carried on foods as a legacy of our food chain - most ecolis come from human or animal waste, and via an abattoir or factory onto the food we eat. They will make us ill but also carry fatal consequences such as HUS - hemolytic uremic syndrome; a really nasty sidekick of 0104 which in the German outbreak affected almost 30% of the victims who ate contaminated food, far more than in previous ecoli outbreaks.

The FSAI are right to warn consumers about use by dates and improve our understanding of them, but I feel there are bigger threats out there with much more long reaching ramifications. In Holland there have already been measures taken by both agriculture and public health authorities tackling intensive farming, antibiotics and ecoli in the food chain. It's something I hope to explore further on television as current awareness of this problem among consumers is very low, or non-existent. As one Irish academic recently told me, antibiotic resistant ecoli in food is a reality that's "boiling away in the background, we don't even know how big the problem is".

More on this topic again; it's a fast moving area and getting more relevant by the month. But for the moment, happy eating, and if it has green furry stuff on it - best throw it out.