Like beer, pubs, cheese, eating, everything? Check out this little video and a celebration of our wonderful Irish farmhouse cheeses and craft beers 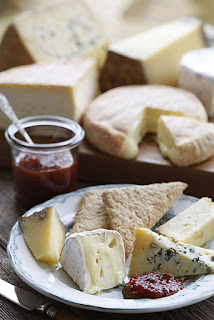 Many years ago as a young producer on Ear to the Ground I set up a story on Ardrahan cheese in Cork and came home with rounds of the most gorgeous soft, richly-flavoured Irish farmhouse cheese. It was all fairly new to me at the time, and in fact in I remember sitting round with a bunch of us in the production office, digging in and generally looking wide-eyed at each other saying - wow this is Really Good... How come we didn't know about this before?
That was over ten years ago and particularly in that period, Irish farmhouse cheeses have grown from a small number of producers to over fifty businesses. These range from what I call the big players - Cashel Blue, Gubbeen etc.. who have their product on cheese boards in top restaurants and who've developed export markets to the smaller, newer entries such as Mary Kelly's Moonshine soft cheeses made in Mullingar.

The last ten years or so have also seen the growth of craft beers in Ireland. Long i 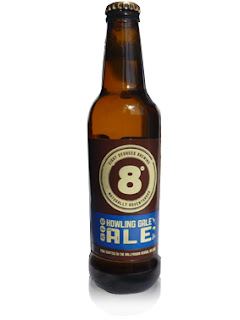 n the stranglehold of the big international breweries, most Irish pubs or restaurants offered little choice in anything local or alternative to drink. Now we've no excuses - with gorgeous beers from Dungarvan Brewing Company, O'Haras, and Eight Degrees Brewing and fourteen other craft brewers getting into off licenses and pubs, we finally have alternatives that are great tasting products. I adore a decent beer and any chance I get, I pick up some of the new Irish offerings. Yes they are more expensive but they taste fantastic, with real bite and flavour.

Last weekend in Ireland saw a countrywide initiative to bring craft beers and farmhouse cheeses closer to consumers who may not be aware of, or buy this kind of food and drink. Bord Bia, the national food organisation here initiated the Farmhouse Cheese and Craft Beer Weekend with over 30 activities that took place in farms, breweries, restaurants, gastropubs, off-licences and markets across the country involving tastings, pairings and demonstrations. 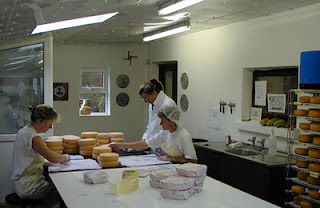 ning in all kinds of weather and muck and madness. Because that's the reality of farming; it's tough, often disheartening but also rewarding for people like David when you're making a product as good as his at the end of the day. The picture left is of the cheese room at Ardrahan; a small Irish business but one creating crucial employment in rural areas [I particularly love the St. Bridgets cross on the wall; a big feature of my childhood as my parents came from the wetlands around Lough Erne]
And this is what it's all about; small family businesses and the personalities, places and stories behind them. According to John McKenna, eminent food writer here and editor of Bridgestone Guides - "We are dealing with the most bespoke artisan foods in the world here. Craft beers have the ability to take you into the brewer's highest aspiration; that potent wish to make a drink that evokes their work. They are being treated as the wines of Ireland. The farmhouse cheeses convey the good things of Ireland; pure food; fine milk, and content animals, about sharing and hospitality, and the creativity of a determined individual on a small Irish farm, stamping every cheese with the signature of their personality. It is marvellous to see them being enjoyed and appreciated together"


Check out the video below which will give you a really good picture of what's going on in Irish cheese and beer, and for my many foreign readers, its a pretty good account of what the inside of an Irish pub looks like. Though I suspect, many of you guys know that already hahaaa. Happy eating and drinking x
http://www.youtube.com/watch?v=F1QVWkFQKjo
Posted by suzanne at 12:53 PM