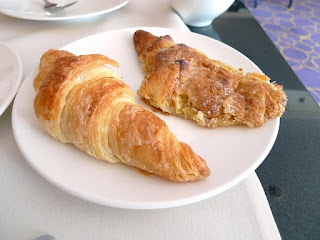 I used to assume garlic bread was a type of actual bread. Apparently not.

In a surprise move by the Irish Revenue Commissioners, the price of baked goods such as bagels, croissants, garlic bread are set to rise by up to 13% in new Government measures which will make them subject to VAT for the first time. This change in status is because Revenue have now decided that bagels, croissants and the like are not sufficiently "bread-like" to be exempt from VAT.

This has come as a shock not only to consumers but to the baking industry, some of whom only found out about the changes from the Revenue Commissioner's website.
Reaction from Irish food producers today isn't positive to say the least. Alongside jokes that the Germans are now writing our budget (bagels.. ) small bakeries are busy claiming that their products are in fact far more bread-like then the average sliced pan which as it stands, will not receive any price hike in terms of the new VAT regime. To be fair, there are many different types of sliced pan and they vary hugely in quality. Last year while checking out one of the UK's biggest food retail outlets - the new ASDA/Walmart in Swindon, I purchased a loaf of bread for 26p. Two weeks later this loaf had the exact same consistency and taste as the day it was purchased. Value for money? Certainly. Will I be buying it for the kids? Don't think so. 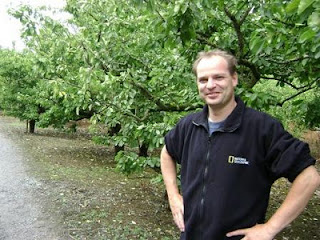 The VAT hike on baked goods comes as yet another blow for what small food manufacturers say is continuing Government disregard for their sector. Con Trass, a food producer in Tipperary points out that the apple juice he makes on his farm is already subject to 21% VAT. Putting this kind of pressure on small food businesses can be crippling and as he points out, is also a barrier to growth "With the top rate of VAT on your foods where is the incentive for farmers to diversify?"

While we won't starve as a result of our bakery tastes priced a little higher, what it will cost is jobs in small food companies, over 400 of whom are supplying specialist goods like these products to a market which is already difficult to operate in. And for consumers, it's yet more money travelling from your wallet into the black hole of an economy on the edge of the train wreak that is the euro. But for now, the question I really want to ask Revenue is "What about the blah?"
Posted by suzanne at 6:15 AM