We've less money, so why are we still eating organic food? 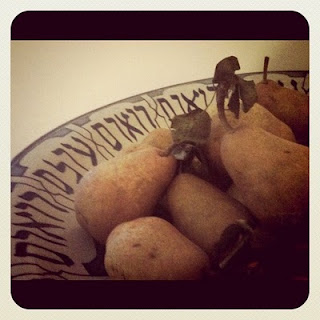 Here's some lovely pears that were brought to me today by a friend from Kerry. Grown in her parent's garden they are as organic and free from pesticide as they come. This is the kind of food you find "along the way", just like blackberries in the hedgerows, or a few spuds from your neighbours garden. But it wasn't always the case that we valued this kind of food.
Alongside expensive marble kitchens and Michelin starred restaurants, in recent years, buying organic food in Ireland was symbolic of wealthier times. But was buying organic just an example of conspicuous consumption or are consumers still committed to paying more for what is perceived as healthier food? With the recession, sales of organic produce have declined in Ireland, but not so badly as we might have expected. 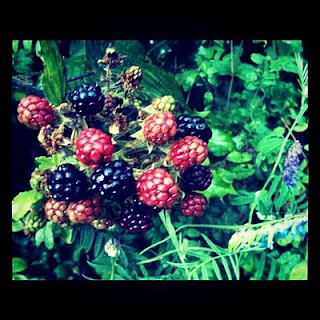 In fact between 2009 and 2010 organic sales in Ireland fell by about 5%. This happened after huge growth in the sector - from 2007 to 2008 sales in Ireland increased by 82%, reaching a value of over 100 million euro compared to €57 million in 2006. So we had this huge boom and then not a crash as you might have expected, but a slow down. And if you look at 2010 in detail, six months into the year the rate of decline eased and in the second half of the year several categories (breakfast cereals, yoghurts, savoury snacks and vegetables) actually grew in value and volume of sales.
In terms of how many of us are buying organic food. Bord Bia’s research reveals that 45% of Irish grocery shoppers purchased an organic product in the last month, 7% up on last year.

92% of Irish adults purchased organic products over the past year and the Irish organic sector is currently valued at €103 million. Sales are also good in Europe and on the rise for our export markets, charging ahead in Italy with a rise of 12% this year and also in Russia.

So even in these tough times, we’re still buying more organic food than in the UK for example. In the UK sales in 2010 fell by 12% so the sector took a big hit. The fact that organic food in Ireland wasn't hit as hard as in there (despite our worse financial circumstances) may be because we are more connected to the notion of farming and growing food. This is what I like to think anyway, hopefully it's the case.
Last Friday I talked on this subject on RTE radio's Pat Kenny Show. It was organic week and around the Irish countryside farm walks, barbeques and foraging days were being held to celebrate the growing of organic food in Ireland. It's great to see that in spite of our financial meltdown consumers still see the value of buying organic, where it's possible. Not all of my food shop by any means is organic. I make a choice first to buy local meat and veg, and if I buy imported veg where there is no Irish equivalent I try to buy organic as they have less pesticide (or hopefully) no pesticide residue.
In terms of dried foods like pasta or tinned kidney beans it's often easy to choose an organic item for just a few cents more. In these cases I choose the organic option, again believing that the less pesticide residue I can keep out of my body and my kids, the better. Recent research revealed that Roundup, one of the world's leading pesticide brands was found to be present in rain, so I think I'm making the right choice. Our environment is full of toxins from industry, farming and materials such as plastic which we use constantly in our daily life. I'm a pragmatist and a realist about food and farming, but if I have the choice to keep a little of it at bay by eating organic food, then I take that opportunity, even if it costs me more.
If you are interested in organics have a listen to the full interview. The item can be listened to below, the podcast is the third item down. Happy eating!
http://www.rte.ie/radio1/todaywithpatkenny/2011-09-16.html
Posted by suzanne at 1:39 PM