Waterford's soft white bread known as the "blaa" is applying for EU protection, but why aren't more Irish foods doing the same thing? 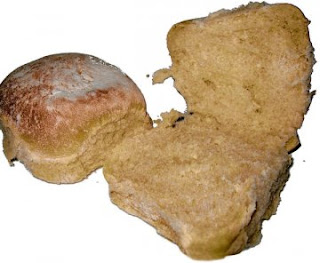 Going the way of the blaa

EU protection is being sought for Waterford’s blaa bread roll, in line with that for champagne. Shouldn’t other Irish foods also apply?

WATERFORD’S distinctive floury bread roll, the blaa, could soon rank with such delicacies as Parma ham and feta cheese if it is granted protected status for its regional characteristics. If the blaa achieves the EU’s standard of protected geographical indication (PGI) it stands to gain from being a unique product, like champagne, which is protected from imitation.
Yet while many Irish foodstuffs are produced using local ingredients or methods, few of our artisan foods have gained or even been submitted for PGI status. Research indicates that the PGI designation brings with it considerable economic and environmental benefits. An EU report found that French cheeses with PGI sold, on average, for three times the price of other cheeses. It also found lower unemployment in areas that produced these foods.
Consumers appear to be switched on to the value of PGI foods, too. According to the research they perceive food with PGI as more trustworthy.
So why aren’t more Irish food producers applying for this designation? Britain has about 50 foods, including the Cornish pasty and Cumberland sausage, protected by PGIs.
One of the difficulties is that the application process for PGI takes at least 18 months. “The words ‘time’ and ‘detail’ come to mind when you apply for this scheme,” says Dermot Walsh, one of four bakers who came together to apply for protected status for the blaa. “We had help from Bord Bia, the Taste Council and the enterprise board, but it’s a long journey. It took the Cornish pasty nine years to get protected as a regional food.”
Also, getting a food’s geographical origins and properties protected is more feasible for groups of food producers than it is for stand-alone brands.
Sergio Furno of Cashel Blue says, “As we are the only people producing Cashel Blue cheese, if we applied for and won a PGI, then anyone in the region around Cashel could start making a ‘Cashel Blue’. So, by not applying, we remain in control of the brand.”

HOW IT WORKS
Protected geographical status (PGS) is a legal framework within the EU that allows countries to protect the names of regional foods. Protected designation of origin (PDO), protected geographical indication (PGI) and traditional speciality guaranteed are designations within this framework.
Four Irish products have already gained PGI status: Timoleague brown pudding, Clare Island salmon, Imokilly Regato cheese and Connemara hill lamb.
A PGI product must come from one region, have a specific characteristic of that region and be processed or prepared there. To gain PDO status, a product must be wholly produced in a specific region.
Because the flour for the blaa comes from overseas, Waterford can apply for PGI status only.
Posted by suzanne at 2:41 AM