Women in agriculture? We could learn a lot from the tech sector 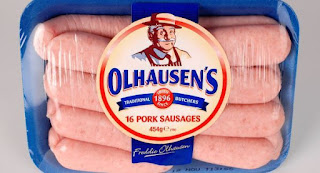 Two pieces of short news - I was contacted today with news that Olhausen the pigmeat processors and makers of the very popular Olhausen sausage are in talks with a buyer to save the company. While listening to tales of misery and woe on RTE's Liveline, this was a lovely piece of news to recieve. Hopefully a sale will come to pass for the 160 workers and an established Irish brand with a popular, longstanding reputation.

Tomorrow I am delighted to be MC at the Georgina Campbell Irish Food Guide awards with Bord Bia in Dublin. While no relation to Georgina, we must have some deep genetic connection as we both love good food. I've seen a run down of the award winners tonight and it's great to see some new establishments making their way into the frame and from parts of the country that we might have passed over as having a vibrant or high-achieving food culture. I'm delighted to be part of it and all of the award winners (24 in total) have really achieved the top level in their field. Being selected by Georgina for her stamp of approval marks them out as quality, authentic businesses whether they are a rural B&B or a Michelin starred chef. 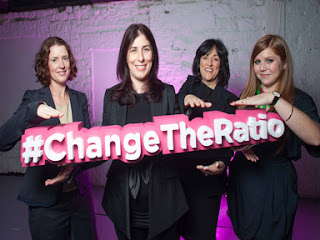 Later in the week I'll wearing my reporting hat again for RTE from the Dublin Web Summit. Ireland is at the centre of a vibrant tech sector which along with agriculture is one of our indigenous success stories. Of particular interest at this years summit is its focus on women in business and looking at why tech has many female CEOs (globally) than many other sectors. On Thursday I'll be at the Leaders Lunch (pictured right) talking to Anne Heraty CEO of CPL, Sonia Flynn, director of user operations at Facebook, and Pay Pal's vice president of global operations Louise Phelan. This are big hitters in the 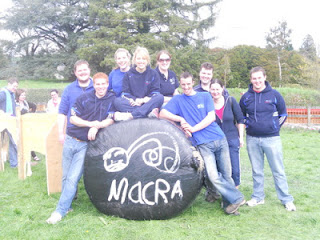 tech scene and it's wonderful to see the leadership they provide to others wanting to enter tech. Gender balance is something pertinent to agriculture which for many years was a very male dominated sector. I wrote about this recently in relation to large animal vets in Ireland and how women were now commonplace calving heifers on farms and wrestling animals into crushes. Outside factors have changed the balance in veterinary, largely due to the amount of females in the degree course. It will be interesting to see how the many female entrants into Ag Science and take up roles in agri-business and influence the standing of women in the food and farming sector. We know they are present in huge numbers in terms of food businesses and especially artisan food, but on farms actually in charge of the business the numbers are smaller, mostly due to traditional patterns of inheritance and land ownership. For example a woman has never won Macra/FBD young farmer of the year award. Four reached the finals last year, the highest number ever. Let's hope we see a woman take home the top prize soon, or a women at the top of some of our agri-business giants. In my experience when I research or interview ag voices in Ireland I am often surprised to find a woman on the end of the phone, whether it be on a research facility or a farm. One very able female food producer/farmer said to me recently she wanted her son to do the interview as she didn't think she could do justice to their business talking about it. Despite my encouraging she wasn't for turning, and I interviewed her son. As Nora Ephron used to say, women are often their own worst enemies. We need to take a leaf from the tech sector, get out there, get visible and get to the top.
Posted by suzanne at 2:41 PM