What's the most risky food you've ever eaten, go on, spill 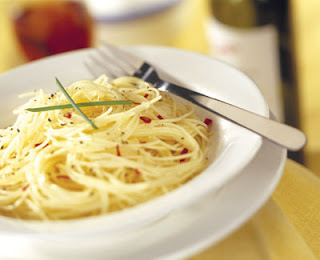 Spaghetti with "best-before July 2009" lurking at the back of the cupboard? Cheddar you've scraped the green bit off before toasting on some 2 day old baguette?
We all eat food that is suspect at some point, wondering idly while we chomp down if we'll die in the middle of the night from our righteous attempt at thrift. A Food Safety Authority survey shows that in fact half of us eat foods past their use-by dates. This is despite the fact that use-by dates are worth paying serious attention to... as opposed to best-before dates which are just a general guide.
As the whole best-before, use-by and sell-by date area is clearly a bit of a mindfield, I wrote the following piece for the Irish Independent to give a clearer outline of foods that we can happily eat beyond their best-before dates, and those that might hit you like a punch in the gut, or worse. Have a look, tell me the most risky item you've ever put in your mouth, and let's compare. Mine wins hands down... I promise

Use By Dates: How to find the balance between being safe and wasting food

Most of us have packets of food lurking at the back of the cupboard which are long past their best-before date. But as so many Irish households cut back on their grocery spend, is it a false economy to eat food that is out of date?
A survey by the Food Safety Authority of Ireland (FSAI) showed that nearly half of us eat foodstuffs which have passed their use-by date. The results, from a group of 1,000 questioned by the FSAI and Teagasc, show that consumers rely on their instinct, as opposed to labelling, to judge if something is safe to eat.
The 46pc of Irish consumers who disregard use-by dates said that they were happy to eat food as long as it "looked and smelled okay". The FSAI think the statistic is worrying and shows Irish consumers are still willing to put their health at risk rather than throw something out...
As the article is quite long, check out the rest of it at the following link (no paywall) and let me know your food horror stories. I won't tell a soul.... I promise
http://www.independent.ie/lifestyle/smart-consumer/use-by-dates-how-to-find-the-balance-between-being-safe-and-wasting-food-3007649.html
Posted by suzanne at 1:41 PM