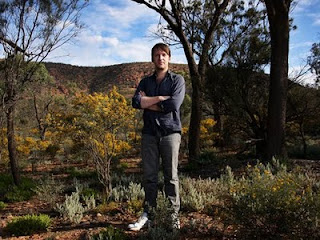 For anyone who likes food, the saving-your-pennies dream trip has to be to Noma in Copenhagen, voted best restaurant in the world earlier this year. Chef and founder is Rene Redzepi (pictured left) who not just turns out exceptional food on the plate, but advocates supporting local produce and the farmers who produce it, building his reputation particularly on using foraged ingredients.

Noma is now justifiably world famous; apparently the day it was voted number one the restaurant received 10,000 bookings overnight, making the chance of getting a table there fairly slim. And you can understand why Noma is considered pretty unique; founder René Redzepi makes the point that his restaurant is not about olive oil, foie gras, sun-dried tomatoes and black olives. Why should it be - it's hundreds of miles from the Mediterranean. On the contrary, he uses foods from Denmark and the Nordic regions to create their famous dishes: Icelandic skyr curd, halibut, Greenland musk ox and berries. 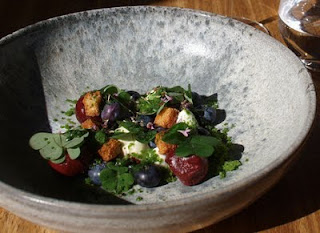 Redzepi also uses "old" ingredients such as grains and pulses in new ways - something I recently encountered in Cliff House (the Michelin starred hotel in Waterford) which served hake on a barley risotto. After all, who said risotto has to be made with rice? Barley is a traditional Irish food, used in stews and brewing but more recently to be found in animal food. Bringing back what we've discarded as unfashionable and serving it up in a new way as chef Martijn Kajuiter is doing at Cliff House is the way forward for Irish food.

Over in Copenhagen, Noma's prices are considerably more expensive than at Cliff House - Noma's twelve course lunch tasting menu is 187 euro. Not the cheapest I would admit but this kind of food is a very rare treat. What's more important is the ethos behind it which perfectly matches where we should be going with food. Why should Irish restaurants serve tiger prawns, curries or even mozzarella - all are notable foodstuffs from other regions of the world and if they're not grown here, why should we be shipping them thousands of miles to arrive frozen and stale onto our plates. This is also a custom which ignores the great foods we have on our doorstep - lobster, langoustine (Dublin Bay Prawns) award winning Irish cheeses of every kind and all types of meat from venison to quail 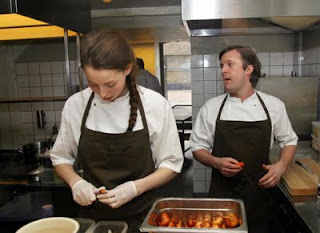 .
What Rene Redzepi is doing at Noma is where all Irish chefs should be going.

In a recent interview Rene described his involvement in the MAD foodcamp coming up in Copenhagen at the end of August - Mad is the Danish word for food. The camp is a symposium about food, foraging and enjoying yourself - Redzepi calls it the "Glastonbury of Food". Earlier this year Donal from Harry's restaurant in Inishowen, Donegal put together a similar event, bringing food enthusiasts and food producers together. So now I not only nurse an incredible lust to visit Noma, but also have to cope with missing out on what is sure to be one of the world's greatest food events. Next year, next year, next year is all I can say. And after my planned trip to the Olympics in London next summer where the biggest MacDonald's in the world is said to be installed, I think I'll be badly in need of some decent grub.
Mr. Redzepi, I may be coming your way. And Donal from Harry's, bring on Inishfood #2