Am I still drinking tea? Yes. My response to the Rainforest Alliance and all the lovely and not so lovely comments on the piece 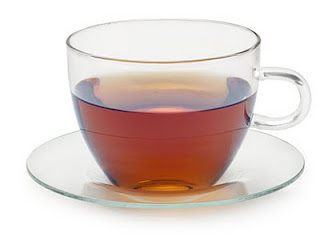 As I can't seem to comment on my post below (The real price of a cup of tea) because of some weird website glitch, I'll respond here to the Rainforest Alliance and others who've got in touch regarding my tea piece, published last week in the Irish Times.


I appreciate readers comments on the article, the responses I received on Twitter and the statement from the Rainforest Alliance regarding the working conditions for women at Lyon's Tea's Kericho site. However the women interviewed for our piece by journalist Jody Clarke gave a very different account of their experience of working at Lyon's Tea's Kericho plantation. There is always a difficulty when parties connected to an issue have such different versions of how things work. On one side there is the Dutch NGO SOMO, the Kenya Human Rights Commission (KHRC) and the women we interviewed while on the other side Unilever and Rainforest Alliance who say there is no issue with sexual harassment at the site. 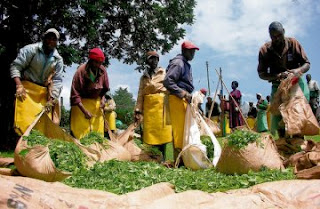 I think it's fair to say that sexual harassment of women workers is not uncommon in Kenya and the KHRC attests to this. That it would be absent altogether at a site as big as Kericho where there are 16,000 workers, many NGOs and people on the ground in Kenya might find difficult to believe. Unilever say they have put a confidential telephone number in place and want women to document any cases of abuse but in my mind this rings a bell (sorry for the pun) to the anonymous phone reporting numbers offered by the British authorities in Northern Ireland during the troubles. It was a great initiative but when you talked to people on the street were they going to use it? No.

Ollie I welcome your comment and yes Fair Trade is a different scheme to the one operated by Rainforest Alliance, there are many "ethical schemes" in food production and obviously they operate to slightly different standards. The overall point I was making is that in developing countries where human rights and working conditions are often so terrible, it may be difficult to completely stamp out unfair work practises, abuse of workers or environmental degradation. In these countries these are often so ingrained in workplaces that to overturn such practises completely or within a short period of time may be unrealistic.


So what are we to do? Ethical schemes may not be perfect but food produced under them is still probably produced under slightly better conditions then where simply market forces prevail. The choice is ours; it's not an easy one. Hopefully if we educate ourselves about food and not stick our heads in the sand, we can learn a little more about it and make better choices, even though sometimes what we learn may make us uncomfortable. 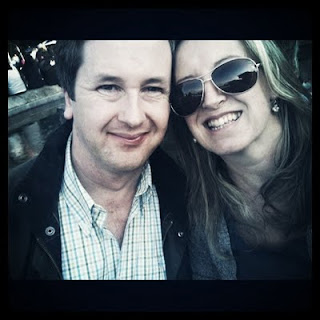 On a lighter note, Philip and I spoke at Taste of Dublin last weekend in the Chef's Table tent in an interview with food writer Katy McGuinness. Here's a picture of us having a glass of wine in Iveagh Gardens afterwards which is a truly beautiful urban garden and one which Dubliners don't make the most of. Taste of Dublin takes place in the gardens and its a great event for foodies or for those who just want to hang out with a glass in their hand in beautiful surroundings.


In our interview we talked about real food, what we buy to cook and eat at home and how to avoid eating stuff that is bad for your health, badly produced or bad from the perspective of the people or environment that produced it. So we yakked on about this sort of thing and hopefully entertained people for a bit. It's good to meet people and talk about food issues face to face and also to be quizzed about issues you write or broadcast about. It makes you consider more what consumers really think about food and in that respect it was a really interesting event. My next post will be on the National Organic Conference which I've just returned from chairing in Limerick, but now its time for bed and en route, guess what? A nice cup of tea x
Posted by suzanne at 3:31 PM