Building an Artisan food sector in Ireland - hey folks, it's already there 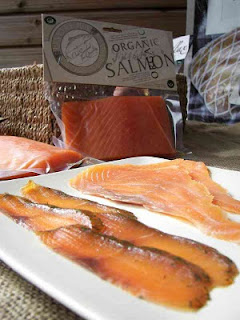 I returned windswept and shaken from a conference in Tullamore last night. It wasn't the content of the day that had me in shock but rather getting stuck on Brian Cowen's throw-s***-loads-of- money-at-Tullamore-to-keep-my-seat series of ringroads built without a single sign back to the motorway that tested my nerves. Let alone that the weather did its level best to add to the confusion.


Happily, earlier in the day I was speaking on the subject of building jobs in rural Ireland from the artisan food sector - a subject close to my heart, and my stomach. According to Bord Bia's figures released last week the artisan food sector is in good nick - the 400 small food companies they work with provide 3000 people with employment and with a turnover of 400 million annually it's grown at a rate of 7% per year since 2007.


But all isn't rosy in the garden, and as someone who talks to food producers throughout the year and tells their stories, things are a little harder on the ground. Getting paid is a major issue for small food producers, with suppliers of cheese and the like waiting long periods to get paid from outlets which buy their stock; particularly restaurants. Not only does this create cash flow problems but it fosters fear that their buyer is about to go under which isn't the nicest feeling in the world.

If you're a small food company, getting money from banks to expand or provide more employment is almost impossible at the moment, and dealing with very restrictive food regulations is also driving people mad. I know that Eurotoques the chefs group has made representations to the powers that be to make things easier for smaller producers; putting Irish food businesses through the hoop on regulations that aren't followed in other EU companies seems particularly unfair.


We all want to eat safe food, but if we see butchers in France with more casual set-ups than what's required in comparison to here still producing good safe food, then the legislation can surely to be adapted to be more flexible. 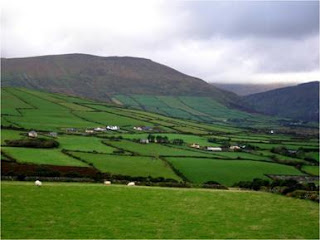 The decline in consumer spend is the biggest problem communicated to me by producers. Whether they have a stall at a farmers market or produce large quantities of a premium product to the multiples, their customers are spending less money and business can be tight at times. However, I spoke with one food seller yesterday who pointed out that if people come into your shop and spend less, you just need more customers to come in the door to make up the same numbers at the end of the month.


So expanding customer base is key, while keeping the customers you already have. I feel that even in these less than rosy times, people who buy artisan food even occasionally find it difficult to go back to eating total rubbish. I think once you're converted you stay that way, and if you spend less now on food (like most of us do), then so be it. It's simply the case at the moment that if more consumers are tempted go down the local/artisan food route, and spend money on it even now and again, then producers can stay in business.


My presentation (which you may not gather from the above) was actually very positive about the Irish small food business sector and this was backed up by case studies by Joy Moore from Oldtown Hill Bakehouse and Bernadine Mulhall from Coolnaowle Country House and Organic Farm from who gave a potted history of how their businesses had started and where they stood now. Both were really interesting examples of successful hard working entrepreneurs who had a passion for what they do.


Bernadine's situation in particular stood out as herself and her husband had left conventional mixed farming to start an organic system. After spraying their wheat crop with pesticides every year her husband was ill afterwards for several days. So they turned organic and his health recovered. This doesn't say much for what we're putting on our fields, though I think we knew this already.


Overall the conference was a great day, and thanks to National Rural Network who invited me to speak. It was lovely to catch up with buddies from my old days on Ear to the Ground and with Ollie Moore, Catherine Mack, Duncan Stewart and other writers who share a common agenda in keeping good food in production in Ireland. While it's clear that it's our large scale dairy and beef sectors that are the real contributors to the 8 billion euro worth of food we export each year, artisan food still has a very important place at the table. It functions as a way to keep people farming, making food and living in the Irish countryside, which far outways the attractions of producing factory food at low prices.
While there's a world wide market for cheap food, we will kill farming in Ireland if we adopt the US model of producing at the lowest possible price point. Somewhere in the mix Ireland can occupy the middle ground and in fact, the upper ground as well.

Thanks again to all the great speakers who contributed to my knowledge on renewable energies, dairy expansion and the other subjects which aroused a lot of discussion on the day. A further big thanks to David Meredith and Kevin Heanue from Teagasc for letting me grill them on supermarkets; getting to the bottom of their huge margins and understanding what exactly they are up to.... but we'll hold that news till later.
x