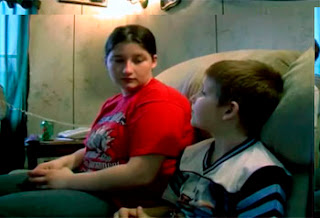 I came across this piece written by Lisa Miller for Newsweek. In the testing times that we're currently facing in Ireland the article struck a chord, a big one. Lisa writes grippingly about the contrast between America's penchant for luxury, artisan or organic foods while many people in same country haven't enough to eat. And this is not just confined to the States. Here in Ireland we already have evidence that food poverty is widespread, and in the current outlook, probably set to get worse.


While the phrases "Food Poverty" or "Food Deprivation" might ring bells as something endemic to developing countries, they're right here on our doorstep. While researching our food documentary I've come across increasingly alarming statistics on how much of Ireland suffers from Food Poverty; ranging from those who don't have enough to eat to families who eat poor foodstuffs as they can't afford fresh food.

The definition of food poverty is an “inability to access a nutritionally adequate diet and the impacts this has on health, culture and social participation”. In this country, many low-income families cannot afford to buy even basic foods, and the relative high cost of many nutritious foods, including fresh vegetables, puts them out of reach.

Research has also found that Irish low-income households spend a relatively higher share of their income on food. Despite this, they have a poor diet both in terms of food and nutritional intake. They also tend to shop at local convenience stores, where prices are higher and the variety of food is poor. Often in deprived areas transport is an issue, with poor public transport links leading to households relying on taxis.

Families on low incomes often have a lack of skills and knowledge regarding what a healthy diet is, and are also affected by factors such as food preparation, cooking skills and storage.

On top of this, it is low income groups who through poor diet are most likely to suffer obesity and related diseases. 57% of the Irish population is either overweight (39%) or obese (18%) Both the Obesity Report (2005) and the SLAN report (2008) also found that those in the lower social classes are more likely to be overweight or obese. One in five children aged between five and 12 years old are overweight or obese, and the same is found for 12 to 17 year olds (National Teen’s Food Survey 2008).

So while I passionately advocate local food, healthy eating and championing Ireland's food and agri-business sector, I have to be aware that searching for food that chimes with your belief system is a luxury that many cannot afford. With the upcoming budget on December 7th which will inevitably place more people in Ireland under financial pressure, food will be something which simply has to cost less for many families. Research done in early 2010 shows evidence already that many of us are trying to cut our spend on food, shop around and get more for our buck.


So here's Lisa's piece, it's long, but for those of you who are big readers it's very much worth it, and for those of you with little time, just scan the first few paragraphs, she makes a lot of good points and if anything, makes me hope desperately that the food environment in the US is not where Ireland's food future is heading.

Divided We Eat
As more of us indulge our passion for local, organic delicacies, a growing number of Americans don’t have enough nutritious food to eat. How we can bridge the gap.

For breakfast, I usually have a cappuccino—espresso made in an Alessi pot and mixed with organic milk, which has been gently heated and hand-fluffed by my husband. I eat two slices of imported cheese—Dutch Parrano, the label says, “the hippest cheese in New York” (no joke)—on homemade bread with butter. I am what you might call a food snob. My nutritionist neighbor drinks a protein shake while her 5-year-old son eats quinoa porridge sweetened with applesauce and laced with kale flakes. She is what you might call a health nut. On a recent morning, my neighbor’s friend Alexandra Ferguson sipped politically correct Nicaraguan coffee in her comfy kitchen while her two young boys chose from among an assortment of organic cereals. As we sat, the six chickens Ferguson and her husband, Dave, keep for eggs in a backyard coop peered indoors from the stoop. The Fergusons are known as locavores.


Alexandra says she spends hours each day thinking about, shopping for, and preparing food. She is a disciple of Michael Pollan, whose 2006 book The Omnivore’s Dilemma made the locavore movement a national phenomenon, and believes that eating organically and locally contributes not only to the health of her family but to the existential happiness of farm animals and farmers—and, indeed, to the survival of the planet. “Michael Pollan is my new hero, next to Jimmy Carter,” she told me. In some neighborhoods, a lawyer who raises chickens in her backyard might be considered eccentric, but we live in Park Slope, Brooklyn, a community that accommodates and celebrates every kind of foodie. Whether you believe in eating for pleasure, for health, for justice, or for some idealized vision of family life, you will find neighbors who reflect your food values. In Park Slope, the contents of a child’s lunchbox can be fodder for a 20-minute conversation.