Leave farming to the farmers 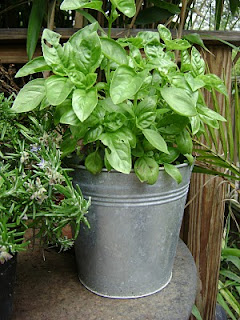 Growing food, like shopping for it, certainly has it's ups and downs. I had a bout of severe envy the other day when my neighbour told me her potato plants were up to her waist and her peas were rising to the heavens like something out of jack and the beanstalk.

I made a face and pointed at a bare patch of mud where not one pea came out of the ground this summer, despite three successive plantings. Last year, even with the Noah's Ark type climate we actually had better growth in our veg garden. This summer our tomato plants are still small, and some are only beginning to flower now, which means we will have tomatoes right on cue for Christmas dinner.
Other disasters have been a whole lettuce crop eaten by slugs the first day it peeped through the ground, and healthy courgette plants that mysteriously keeled over one night and never recovered. We've also had a few visits from either rabbits or rats. The field surrounding our house is Watership Down central, and despite there being seven dogs along our lane, the rabbits bound around the place twitching their ears and looking cute in a provocative manner. The dogs yawn, roll over in the grass and snore.

What's been a success this summer is the foreign varieties of lettuce, radishes which are giant sized and a healthy strawberry crop. What I learned yet again is the lesson of planting either too much or too little at the one time. It's a really common mistake - a friend of ours gave us a giant bag of rocket - he had a crop that was way beyond his needs and it would be rotting in the soil by the end of the summer. This time we planted too much lettuce at the one time instead of staggering it - so I have forty lettuces all at the same stage and none coming up to replace them.
I've been naughty and relied on slug pellets to protect them, and have fed the tomatoes with tomato food but as discussed here before, the soil in our garden wasn't up to much. Early in the summer we added in some top soil from a road being dug up at the end of our lane. It was from a field that produces a tillage crop every year, either barley or oats. The patch where we put this soil literally killed everything. I think it was either too pesticide ridden or had no nutrients left as it had been so intensively farmed. Yet another lesson learned. Unless you have several tonnes of NPK most tillage farmed soil produces nothing.

In terms of time management sometimes we moan about the watering which takes about 20 minutes a day at the moment in the dry weather. I also have too many plants in pots which dry out quickly and need a lot of water. We weed the plot occasionally and to be fair it doesn't produce a huge amount of food, but what's more important is the enjoyment we get out of watching its progress, and pottering around with the baby and picking her strawberries straight from the plants. Growing food teaches you patience, and more respect for the people who do it as a full time job. As Philip remarked the other day, if we ever decided to grow food or keep livestock commercially we'd be flat broke. Leave farming to the farmers.

More pictures of the vegetables on my facebook page
Posted by suzanne at 5:35 AM