Could we be reaching Peak Craft Beer?

In a food and drink area experiencing extreme heat, I recently investigated whether we're reaching the peak of a trend, or are in fact nowhere near the top.

Long championed among Ireland's craft beer makers is the 10% of the US beer market that small craft labels have captured. Personally I love craft beer. But many Irish drinkers express a "done with that" attitude to the trend. So how is it really progressing and can it be ever upwards?

Recently I went along to a beer tasting seminar hosted by Liquid Curiosity in Dublin to meet brewers, taste beers and gauge the energy of new entrants to craft beer.

So what is a beer seminar? 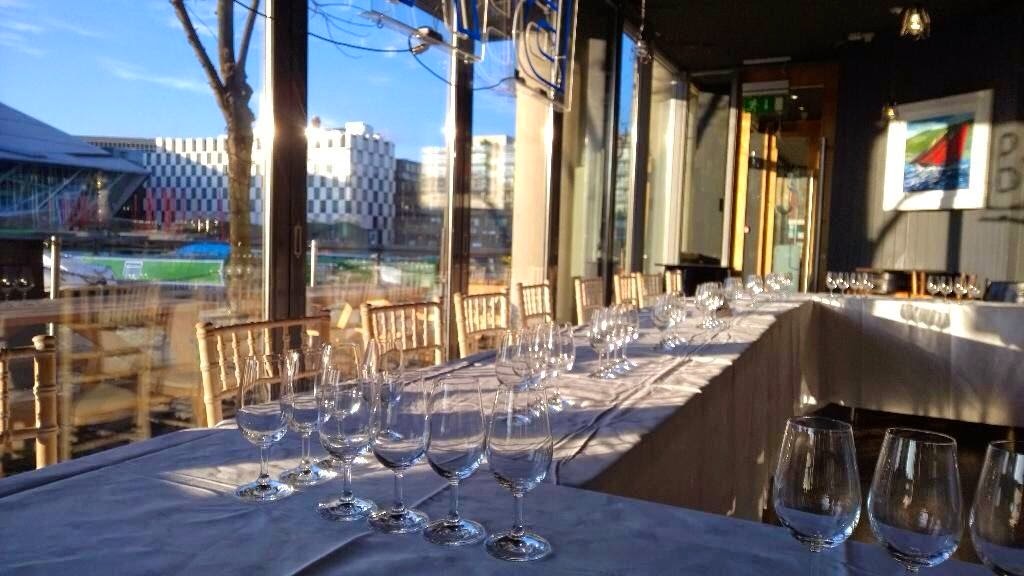 Firstly there were about 25 people there – from the hospitality industry, brewers already in business, people wanting to set up a craft beer company and amateur enthusiasts. Tutor Jacqueline Steadman from Australia gave a basic introduction to different types of beers – pale ales, pilsners, stouts and what they are made from - hops, malt barley etc.

We sampled Irish beers and ciders in the main like Galway Hooker and Cockagee Cider from Slane but also more unusual products like cherry beers and a French Geuze formed with lots of lactic acid which tasted a bit like old socks. This was so deliciously on the verge of both disgusting and incredibly good that the only reason I pushed it to one side was it's incredibly high alcohol level at 8% APV. 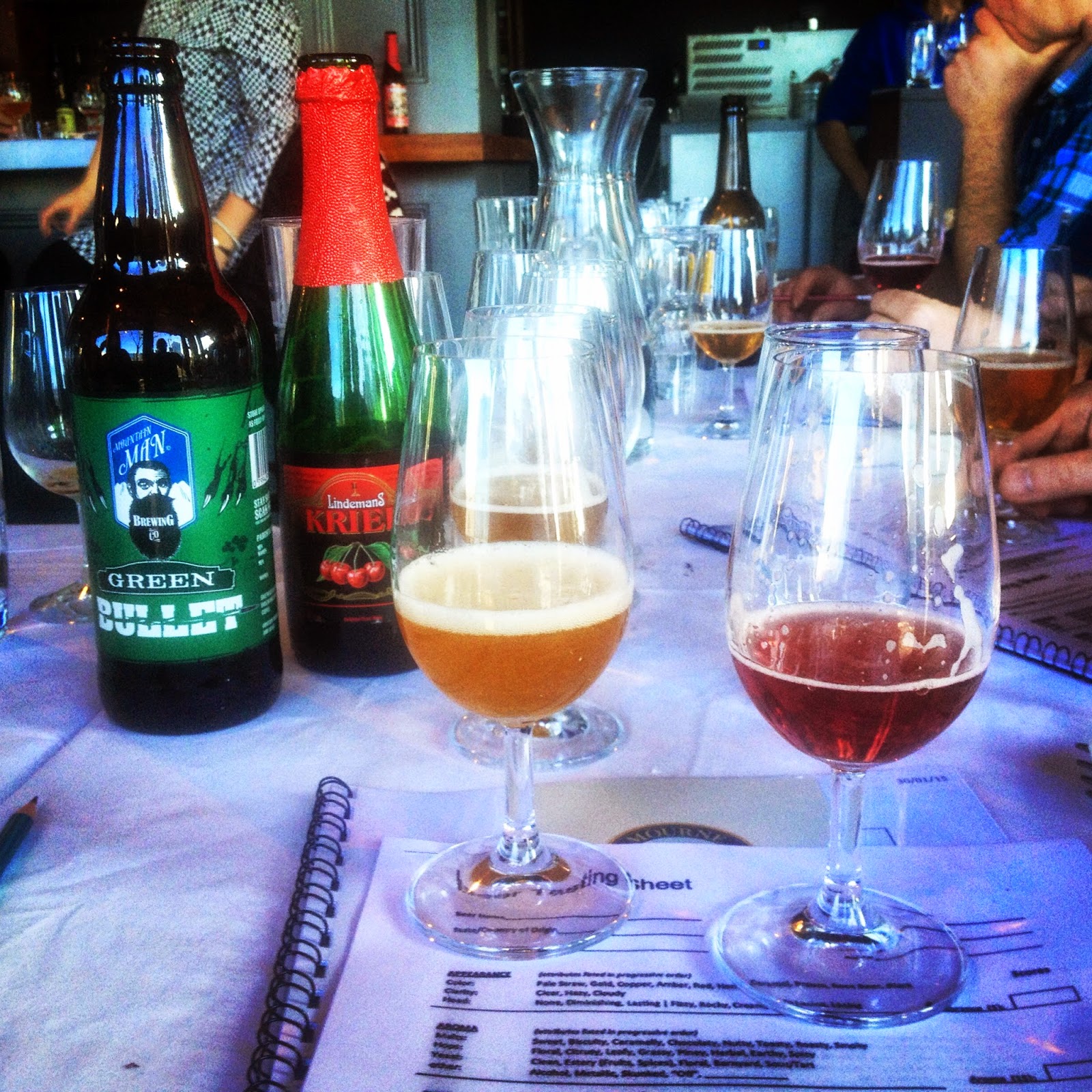 The participants tasted the beers and discussed their characteristics. On each tasting sheet provided, beers were marked on colour, taste, the head, alcohol level, integration etc. Everyone really enjoyed tasting, commenting and getting to know new beers. There was lots of craic, plus a delicious lunch by Mourne Seafood where the seminar was held.


And there's not just energy and enthusiasm in the sector. The hard figures show huge growth.
From a handful of companies brewing before 2010 there are now over 80 Irish craft beer brands. Here's the question – how many more breweries can Ireland support? Craft beer here occupies between 1 and 2 percent of the beer market. In the United States their 10 percent hold has the big guns directly blaming craft beer for declining market share.

Budweiser volumes have fallen in the U.S. from nearly 50-million-barrel peak sales in 1988 to 16 million barrels last year. Light beers and craft beers have been the biggest factor in this decline, with younger people in the US staying away from what seem like old fashioned brands A recent study published by WSJ found that 44% of drinkers aged between 21 and 27 have never tried Budweiser. Sorry Clydesdales. You may be cute but you're also ageing.


So on paper there is still huge space for growth in Ireland – in other words to take Budweiser, Heineken and Guinness drinkers away from those brands onto craft beer brands. However it’s not as simple as that. Many Guinness drinkers simply like Guinness. Some craft beer drinkers are occasional beer drinkers who may not switch wholesale to one brand but try many and not be loyal to any.
Another remaining problem is that many bars particularly outside cities or foodie areas still do not stock craft beers. In some of the best hotels in Ireland I've asked for a craft beer and been looked at askance. 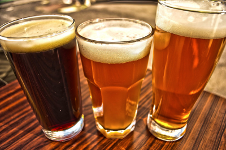 We also know that most of the Irish companies are very small and perhaps much of the appeal of their product is in their own local area or county. How many are going to be listed with the big supermarkets for example? Denise Murphy who manages the alcohol sector for Bord Bia points out that they are now directing craft beer companies more towards export. At so small a portion of the beer market here companies are going to have to look abroad to grow their output. It's not essential for survival but essential for growth.


Some drinkers are frankly sick to death of craft beer. And it's true that some products have been talked up. At the tasting seminar tutor Jacqueline Steadman who is an Australian wine maker opened a beer and pointed out a lot of what was wrong with it. There was plenty. We must remember that just because a beer says craft in front of it does not mean it’s excellent in every way. The term Craft Beer is also under fire in some territories where massive breweries make "craft" products and it’s been put forward by some publications that the term such be ditched.


Before the last budget in Ireland if you produced under 20,000 hectolitres annually beer companies got a tax rebate but that was then extended to 30,000 hectolitres. This was directly to benefit small craft beer companies very often situated in rural areas to grow, which is a very good thing. However it doesn’t stop companies calling themselves craft beer producers who produce far above this level.


There has been controversy in particularly the US where craft beer producers are often massive companies the size of Diageo. And even some craft producers say it’s better not to have a classification at all.


Having observed craft beer grow from so little in Ireland it's been an exciting and interesting journey to report on. I've interviewed and featured beer producers from Galway, Dublin, Donegal, Cork, Leitrim and Monaghan. I would characterise the sector at this point as being in its second phase. The stage where a community regroups, reflects upon itself and competition usually gets tougher as the marketplace gets more crowded.


Bright futures aren't a given for all these companies and it's worth noting that breathlessly championing every single product is a mistake. Ultimately craft beer offers the consumer more choice as the big international brands have had a stranglehold on the beer market for decades. That's a good thing, but perhaps is also viewing craft beer as no longer the food and drink baby needing kisses and love but a juvenile with a bright future, and challenges yet to take on.