GM or not to GM. That's the question, bet I know the answer 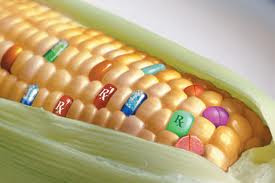 There's a rift appearing in the Irish agri-food sector which could affect what has for so long now been a good news story. Last week Teagasc announced that they've applied for a license to sow genetically modified potatoes at their research centre in Carlow.

Irish groups opposing GM claim this threatens our export food market in a climate when agriculture is one of the top performing sectors of the economy. Surveys do suggest that consumers don't want to eat GM food, and that the perception of Ireland as a "clean, green nation" is key to the success of our exports in countries like Italy and Germany.

It also comes at a time where in the US, farmers who choose not to grow GM are currently taking a class action against Monsanto - they fear that when Monsanto's GM seeds contaminate their own crops, Monsanto will claim ownership and charge them licence fees on what were originally sown as non GM foods.

But Teagasc and agri-food experts like Dr. Paddy Wall say the fear of GM is nonsense and it's the only way to tackle world hunger, and a mistake for Ireland to not embrace it. They also feel not allowing GM animal feed into Ireland has made our pig and poultry sectors completely uncompetitive. There argument is - if consumers want Irish food at a fair price, eventually we will have to accept genetically modified crops as part of that picture and that arguing against it will damage Ireland in the long term.

Let's also remember that the Teagasc research is not to look at the economic viability of blight-resistant GM potatoes here, but to look at their environmental impact in the first instance. I'm doing a radio report on this next week and encourage all who have a vested interest or from a consumer point of view, a preference to GM or non GM food, to get in touch. Let your views be known!
Posted by suzanne at 8:16 AM