Get your game face on 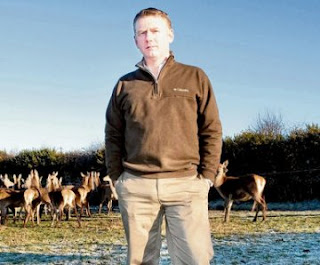 This is Damien Hannigan the deer stalker. Like many of you, I thought deer stalking had something to do with hats, but that probably says more about my fondness for the work of Treacy, Jones et al than my understanding of the role deer stalkers play in the food chain.

Deer stalking simply means following a deer through the landscape for a couple of hours before shooting it. While many might wince at the idea of Bambi facing a high calibre rifle, this is the reality of where wild venison comes from. As deer herds in Ireland expand and need selective culling I feel it's a valid way of catching a superb wild food and is practised by licensed hunters such as Damien in a humane way.
Deer stalking is all about craft, and as Damien says when you're about to pull that trigger you have to ask yourself - is this the correct animal to shoot? Is it male or female? Is it in the correct season for its species ensuring it is not in calf or feeding a calf? Is it an animal that is infirm or injured and so should be taken out for welfare reasons? All these considerations come into play before a shot is taken. If the animal is right, the deer in Damien's cross-hairs becomes venison on a plate, and a more lovelier, richer, winter food you'll have difficulty finding.

As it's currently the season for venison I thought writing about deer; both hunting them and eating them is timely so I interviewed Damien about deer stalking for a piece in The Irish Times; you can read about his intriguing sport below. His picture of where venison comes from is relevant to anyone who enjoys game and traditional Irish foods. And if you're new to venison I would urge anyone going to a restaurant these winter months to look for it on the menu and enjoy it. 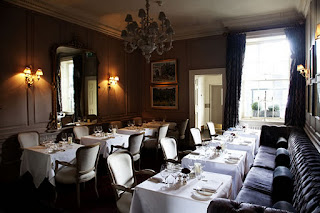 Last weekend at Restaurant FortyOne in Residence Club I had the most wonderul venison cooked by chef Graham Neville. Listed on the menu as "Loin of Wicklow venison, tubers, sprouts and wild heather sauce" it was tender, deeply flavoursome and beautifully seasoned and cooked. After meeting Graham that night and enjoying the entertaining company of Jean Baptiste the restaurant's expert and lovely sommelier, I was delighted to see the team win Georgina Campbell's Restaurant of the Year award the following day. It's a well deserved win and as I'm always banging on about local, seasonal food, this place is doing it well and the food really is mouthwateringly good. Restaurant FortyOne is in a private club but open to non-members. You won't find it the cheapest of menus at this level at the moment but among the many chefs playing the "authentic" and "local" card, Graham is doing a brilliant job. It is lovely lovely food.

True Characters
The Irish Times, October 1st, 2011,
Suzanne Campbell
Damien Hannigan , deer stalker, from east Cork
The night before I go on a deer stalk . . . I begin by checking the weather, then I prepare my equipment. When stalking deer you need quiet clothing that doesn’t make noise; so I wear moleskin trousers and a jacket that doesn’t rustle. People think you need camouflage but actually colour isn’t important as deer are colour blind. What’s more important is movement; any little movement will attract their attention.
You might be out for five or six hours and not shoot any deer but being up on a mountain at dawn is special in itself. This month is the beginning of the season in Ireland for shooting male deer, and last week I was stalking deer in Kerry and looking down off the mountain into Kenmare Bay, the sea eagles were flying and there was wildlife everywhere; foxes, badgers, red deer and sika deer. 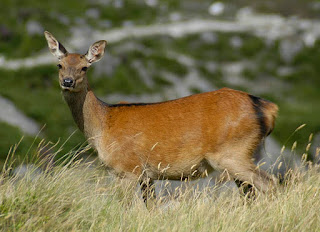 “ Glassing” or surveying the landscape with binoculars . . . is usually the best way to spot them. Then you follow the animal, moving slowly and keeping away from high ground. In the last couple of hundred yards you literally get down on your hands and knees, moving the gun ahead of you as you crawl along. Then you position yourself to get a clean shot. You aim for the heart and lung area and hopefully the deer will drop.
Good binoculars are important . . . You could spend around €1,000 on them alone, but I have mine 10 years, so they’re worth looking after.
When you cull the animal you have to bleed them immediately . . . Then you gut and gralloch them, which means taking out the entrails. Bringing the deer down the mountain is the hardest part, they can be over 60kg in weight.
Culling keeps the population at a healthy number . . . but since the recession came there’s a lot of poaching going on; people shooting deer at night using lamps. They sell it to game dealers and get cash in hand. It’s unbelievably dangerous as they don’t know what’s on the other side of the ditch; it could be cows, horses or someone’s house. It’s a matter of time before something goes wrong.
I handle about a thousand queries a year from the public about deer . . . as I’m secretary of the Wild Deer Association of Ireland. It can be anything from film companies wondering what species of deer should be in a film, to people wanting to use antlers as material for buttons.
It’s extremely rare that people react badly to culling deer . . . in 12 years I’ve only had one hate mail; generally the response from 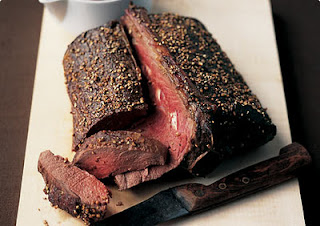 the public is a positive one.
My grandfather and father were hunting people . . . and I got into it through them. People who stalk deer are no different to anyone; they are builders, farmers, teachers, guards. Someone joked to me recently that we must be all Rambo types, but the reality is it isn’t a macho thing at all. I think we’re mainly people who love the outdoors.
I don’t get paid for doing what I do . . . but I spend more time doing stuff related to deer than most other things. I try to stalk twice a week, and then I’m often out visiting landowners, or doing training and safety courses for hunters; it’s non-stop, thats what my wife would tell you.
Over the 23 years I’ve been stalking deer . . . I’m constantly learning. It requires patience but also makes you think on your feet as you’ve to judge the land, the animal and the shot you have to take. When you’re close enough to take a shot you have to judge if this deer should be culled. Stalkers have a lot of respect for deer.
I don’t sell the deer I shoot . . . I eat most of it myself and give it to family and friends. On Tuesday evening I had venison lasagne for tea. It tasted great but then I’m probably biased.
For more info check out www.wilddeerireland.com and www.residence.ie
Posted by suzanne at 2:28 PM