I went all the way to Manhattan and all I got was a lousy stomach bug. Bad Food part deux 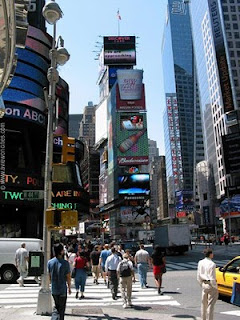 Good to see my post on food safety in Irish restaurants generating heat on twitter thanks to @keithbohanna and a bit of back and forth on whether restaurant owners are beaten down by food regs, or whether we're all a bunch of sissies who get ill at the sight of a raw steak. I agree that over-regulation drives small producers and restaurants mad, but putting customers at risk is another matter and if you are served with a closure notice, it must have been felt that bad practice was taking place.


While most restaurants in Ireland put food safety high on the agenda it's still sadly the case that we've all been poisoned by some food outlet at some stage, and this is coming from someone who survived a long period in India eating street food without any catastrophes. I think my stomach out-bugs any newcomers. Can't be a good sign but anyway...

Taking the topic further afield, it seems the most swanky city in the world still has big problems with food safety, New York's Department of Health's recent list of restaurants-breaking-the-rules featured two Michelin starred eateries - Gilt and A Voce on Madison Avenue. Another well-known downtown restaurant The Meatball Shop was given a fairly high score of infringements including “food not protected from potential source of contamination” and inadequate personal cleanliness. Lovely.

So just because you put your high heels on (yes gentlemen), spend two months on a waiting list and pay a fortune, it doesn't gaurantee what you're eating is perfectly safe. I think in general Irish chefs and restaurant owners open restaurants because they have a passion for food and would never fall into a standards vortex. Most of them feel that the food safety regs here are too severe, but if they are really involved in their businesses and regularly police the standard of food leaving their kitchens they have nothing to worry about. It's the cowboy operators that put customers at risk, and some tales told to me recently would seem to bear this out.
I thought the recession might weed some of them out but it seems recession kills off good joints as well as bad ones. The only thing we can do is vote with our feet; eat where food is prepared with care and has an authenticity behind it. If possible, eat food produced in Ireland. And no, chicken caesar salads in Temple Bar are not Irish food. I think consumers are becoming more educated on what is genuine food and what is a cheap rip-off, but not everyone can spot this. In the meantime the FSAI are going to keep rapping knuckles, hopefully as time goes on, there will be less of them to rap.
Posted by suzanne at 1:22 PM