Overtired and undersexed? Eat your way to a healthier brain 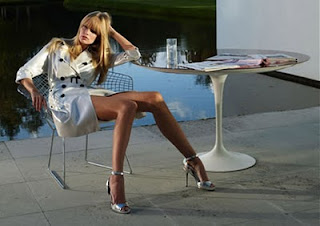 Finding women who suffer from high stress levels, fatigue and anxiety in our financially perilous, over-tweeted world isn’t too difficult. In fact it describes just about every high achieving person I know.
But having busy lives can place our bodies are in a perpetual state of fight or flight. This continuous flow of stimulating hormones confuses our adrenal system and harms our ability to regulate stress, concentrate on work, limit food cravings and fight infections.
So if you’re feeling perpetually worried, dizzy or lack energy, you could be suffering from adrenal fatigue.

The syndrome has become a big talking point in the US; it’s a new name for what basically occurs when our bodies are riddled with high levels of the hormone cortisol. Excess cortisol lingers in the body if it is not used.

If we spend much of our day rushing through tasks, worrying about work, childcare, or that handbag which sent our credit card over the edge, we’re putting our brains and our bodies under real pressure. It’s common at the moment to find many people, particularly women, stressed during the day and then lying awake at night worrying their problems.
So if you’re suffering from severe tiredness and can’t work out what the problem is, a saliva test carried out by your doctor could reveal problems in your cortisol levels. Rest and changes in diet are the chief method of getting things back to normal.

To re-boot your system, remember that helping the flow of hormones that make you feel better isn’t as hard as it may seem. Dopamine and serotonin are produced by exercise and also by contact with other people who make you feel happy – a night out with the girls for example, is rewarding for your brain. However, alcohol doesn’t greatly help our brains repair themselves, neither does caffeine. Remember that if you have a coffee at 3pm you will still have 150 mg of caffeine in your system by night time, telling your adrenal glands to pump out “wake up” hormones.

If you’re at work and desperately need a pick me up, avoid sweet stuff or refined carbohydrates, they’ll make your blood sugar levels spike which puts stress on the adrenal glands, and eat breakfast within an hour of getting up to restore blood sugar levels from what was depleted at night.

Taking a vitamin B complex supplement helps adrenal function. Studies have also shown that 50 to 200 milligrams of ginseng a day can rebalance cortisol in one to two months. Fish oils, found in salmon or tuna are a natural antidepressant and great for brain function, and fruits of different colours contain antioxidants which help repair the body. So for a cheap energy boost to replace that latte at your desk, eat an apple. Adrenal fatigue may be the new take on “burnout”, but sometimes the old fashioned methods of repairing ourselves really are the best.
Suzanne Campbell

This article was published in The Gloss magazine, May 6th