Would you bet on the price of food if eventually it made you poorer? 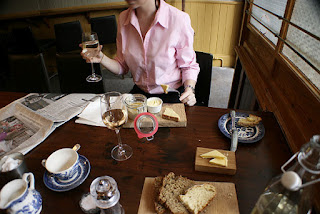 Great to read today that Barclays have made £500 million this year from betting on food prices, a practice that has been labelled by observers as "immoral" and "lacking a moral compass". Betting on commodity prices is a major part of the financial trading markets and unfortunately results in making food more expensive for the rest of us.

In the developing world, it can result in even more people starving than at present, and creates uncertainty and pressure on food supplies globally. In Ireland, the hangover from drought in the US, rising grain prices combined with speculative profiteering by commodity traders has had it's own effects. According to the Irish Farmer's Association one third of Irish pig farmers are now close to hitting the wall. 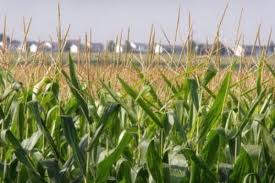 Betting on food prices is a huge driver in the cost of the food, and banks, hedge funds and the like don't give a whit about its knock on effects. In 2008, the exorbitant rise of food prices caused public disorder throughout the developing world and particularly in North Africa. This movement about hunger essentially, and lack of fairness in the food distribution system extended into human rights and became the Arab spring. It felled Colonel Gadaffi in Libya and began the struggle for equality that has lead to the terrible bloodshed now happening in Syria.

I travelled to Lebanon and Syria a few years ago with my husband, not as journalists but as a curious people seeking an inside track on what was going on in these fascinating countries. When I think now of the gorgeous people we stayed with it gives me shivers to think where they might be now. The retired academic who ran a small B and B in Aleppo with a library full of French and English literature and Roman walls propping up the basement. On a rooftop terrace we looked across the dusky skyline of one of the world's most beautiful cities, talked about the Assad regime and how on earth they were going to get rid of him. This fantastic man is surely fled from Syria by now, or else he is dead. 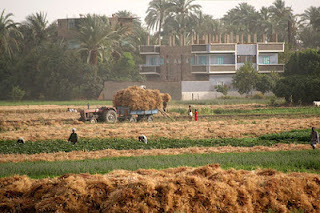 The price of food has always been a driver in political and social change. Land and the resources to grow food on are the primary reason countries go to war. Now more than ever the pressure on fragile world resources in the food chain needs serious attention. We also need to be cogent of a food ownership and distribution system that is deeply inequitable and flawed. Irish farmers are suffering at present as they rely on imported grain and soya to feed livestock and the price of this food has risen to almost twice it's value since the start of this year.

Pigs and poultry who are indoor animals (in the coventional systems) are wholly dependent on cereal food. They are also suffering in the face of cheap imports from the EU and further afield. All of us like a bargain and we're also grocery shopping in more lean times, but asking food producers to grow livestock below the cost of production is something that shouldn't be occurring. On RTE Countrywide on Saturday I joined presenter Damien O'Reilly in examining how critical this problem is. We asked why no mechanism so far seems to able to get the food chain under control and limit its volatility and that knock on effect on farmers and consumers.

Check it out at the link below and ask yourself, is cheap food really the way to go? For all our sakes.

http://www.rte.ie/radio1/countrywide/
Posted by suzanne at 9:02 AM