A party about ...lamb prices 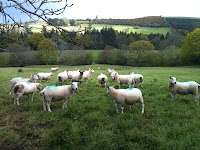 I spent last night at a party with neighbours talking about farming, the price of food and how most farmers in my area now had off-farm employment in order to keep going. One neighbour told me how even when he farmed 1000 ewes he couldn't make a living producing lamb. He now works night shifts in a factory to pay the bills, keeping a few sheep but not planning about getting back into farming full time. He laughed as he looked at the drink in his hand "Basically it wouldn't put diesel in the car".

It's the same story on so many farms across the country."So what's your solution?" I asked. He shrugged his shoulders - "no one wants to pay more for food and that's what lies at the bottom of it". He's right, we do want our food cheap and retailers know that; employing hugely competitive strategies to get our business. Competition between them is relentless and they use two for one offers, discounts and sell some goods like milk below cost to get customers in the door. 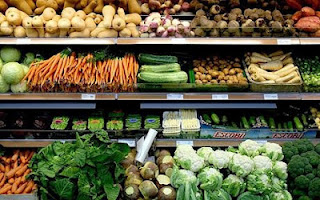 Milk is a KVI - a retail term which means "known value item". Many shoppers search for bread or milk at the lowest price possible as households use a lot of these foodstuffs. But consumers will also pick up food other than just KVIs in a store, so the retailers sell product at a loss in order to to make profit on other lines. Unfortunately the person at the end of the chain - the farmer, is who suffers. Recently in the UK, huge pressure on the retail price of milk caused farming protests and eventually, agreement on a code of practice between the dairies and the farming unions. Some retailers also agreed to put up the price for milk, a surprising move in a market that is as sharp as Ireland if not more competitive.

Food prices in Ireland actually have varied little in the past five years, and one of the reasons for this is huge competition among retailers for a marketplace that is in recession. Incomes have fallen and so has our food spend. Research shows we look for KVIs, discounts, offers and are shopping around more. The growth of Aldi and Lidl in both Ireland and the UK are testament to our lust for bargains. While retailers say the customer wants cheap food, we also as customers don't want a food chain where the retailer takes huge percentages of the price we pay for an item, while the person who sowed the crop or raised the livestock gets the smallest slice of the pie. 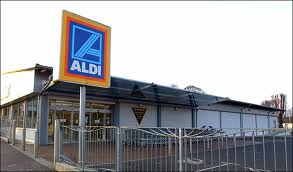 What's interesting about the farming and food policy of the present Government is their sluggishness or lack of courage in implementing a retail code of practice to encourage fairness in the chain. There's been consultation on this done by the previous Government, it was set to continue and promoted as a badly needed policy in the last election campaign but so far there is no movement on it. Yes we want cheap food but a code of practice spreads the price of that food item more evenly to all the people who contribute to it.

Lamb prices are good now but my neighbour is still not tempted to re-enter the full-time farming fray. We also talked about how Harvest 2020's targets for more sheep on Irish farms could knock back prices as higher supply tends to do. There are no easy solutions but what we all agreed was that the massive power the supermarkets wield has been let go unchecked despite promises to engage with the issue. At the end of the night we took our torches, hi viz vests and walked home on country lanes underneath the stars, stopping at another house for a nightcap, which we needed like the proverbial hole in the head. One thing that keeps rural areas strong is people talking to each other, sharing issues and concerns and also laughing - about kids, animals, livestock... or the financially perilous predicament many now find themselves in. It would be great though to see policy addressing the inequality in the Irish food chain..If we're to see a vibrant rural sector and future generations still farming, we have to step up to the plate and engage with the elephant in the room.
Posted by suzanne at 12:47 PM