Eating - it's all emotional. No Seriously... 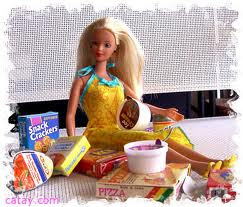 Feeling low.... fumble for the chocolate at the back of the cupboard? Missed your train, give yourself a boost with a milky latte? We all have certain foods we reach for when our plans, or our emotions hit the floor. Up to recently this was viewed as something that was our own fault - a behaviour rather then a pattern we couldn't account for.

But new research suggests that the Gut-Brain Axis - the relationship between our brains and what we eat is much more complex than this. For example 50% of Irish people who suffer Irritable Bowel Syndrome also have depression. Did their feelings of "lowness" bring on problems in their gut or vice versa?
The link between mood, depression and diabetes is also becoming clearer with a huge rate of those diagnosed with both type 1 and type 2 depression in Ireland also taking medication for depression.

We also now know that a nerve called the GABA nerve is very active is in how our neurotrainsmitters work and what feelings and emotions the brain produces. It's also heavily influenced by certain foods, and the messages these foods upload in terms of our emotional state.

One sure thing most of us reach for when feeling low is sugary snacks or refined carbohydrates - that tub of Ben and Jerry's or the white baguette sandwich smeared with mayonnaise. Eating refined carbohydrates boosts insulin and provides a clearer path for tryptophan - the amino acid linked to serotonin production, to act in the brain. No surprise then that sugar gives us an instant "high"- but we now know that this spike of wellbeing is physiological rather than emotional. It's just a pity that half an hour later you crash back down to earth.

I wrote about this cycle today in The Irish Times, and talked about some foods to throw in your trolley to break the flip-flop cycle of eating for your mood. It's a fascinating area as most of us forget that our brain needs fuel and fail to see there are simple foods we are neglecting and thus prolonging our pattern of sugar high and sugar crash eating. Check it out at the link below, and my personal tip - unsalted peanuts... great brain fuel and they taste pretty good.