Back to the future; our fabulous female food producers 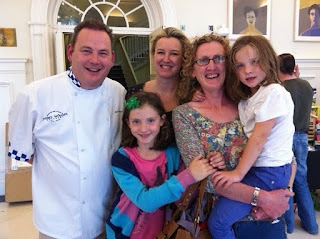 Basketcase has been on a break the last few weeks while I tackled a large amount of pesky print deadlines. But it means I've a couple of strong (and some very entertaining) food stories coming up and an exciting few projects emerging in the next few months. Tomorrow I'm back on the road in my touring office - (otherwise known as the landrover held together with string) to interview a great rural food producer who is also a woman - Mag Kirwan - pictured left. Just in case there's any confusion, Pat Whelan is the butcher bloke and I'm the one in the middle.

As the Irish food and agriculture sector gets stronger each year and provides more of our exports and GDP, I'm noticing many more rural women involved in producing food, whether it be artisan products or in larger food manufacturing. Over the next few weeks I hope to bring some of their stories on air on RTE radio. One of the reasons I want to feature rural women is that they are huge drivers of growth, both economic and in a wider sense, in rural Ireland. Over many years I've spent reporting on farming and rural issues I found it was often women who were at the centre of rural development projects. In LEADER initiatives such as Ballyhoura in Limerick,
IRD Dullhallow in Cork and around the country, they were plugging away on the ground getting community schemes together, with many of them in the area of food. 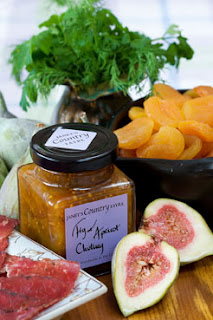 It's not hard to see why women and food are a natural pairing in Ireland. While farming was traditionally considered "men's work", Irish women ran mini-enterprises from their kitchens. Selling poultry and eggs provided them with a household income that they could control. On mart days when the family livestock were sold, the profits could end up over the counter of the town pub and if they came home they were reinvested back into the
farm or spent on essentials such as animal fodder for winter or a pig to fatten. Poultry was a way for rural women to accrue money for children's clothes, school books or other needs often
seen as non-essential from a traditional farming point of view.
As in developing countries today, women and small businesses are drivers of upwards mobility. By selling crafts, saving money and forming co-ops they can completely change the future of their children through small measures. Rural women such as my grandmothers were enterprising and resourceful. Both managed dairy herds and a steady supply of eggs with my nana Campbell investing in goats to sell goats milk (very unusual in the 1960's) to local people.
My nana McGauran knitted aran jumpers for extra income. As I child I spent many evenings on the floor of her Fermanagh farmhouse holding yarn spread between my two small arms as she gathered the ream into a single huge ball to knit from. I remember the ticking of the loud slow clock and the open turf fire with its gigantic cast iron pots. My grandmothers also kept poultry flocks, turkeys and seasonally had food solutions to fit whatever produce was available. Always the focus was on saving, economising and getting the best out of what they could get trade, sell or grow. It's ironic in a sense, that while we're going through difficult times in Ireland, these women from our past learned that food can make you money; and it's a tradition we're still playing out today.

I was talking to the Food Safety Authority of Ireland during the week who confirmed that huge numbers of queries are still coming into the organisation from people wanting to start new food businesses. Many are from women who are skilled cooks and have a resource to sell. It never fails to amaze me the passion and will to succeed that food producers have to keep doing what they do. To start businesses in difficult times and in an environment that is heavily regulated as Ireland is no mean feat. But there's new food businesses popping up all the time, and much goodwill and positivity in the sector.

If you want to support rural businesses and small producers there's plenty of fabulous food to choose from. Typically when I visit these women and listen to their inspirational stories I am sent home with a bundle of their produce on the passenger 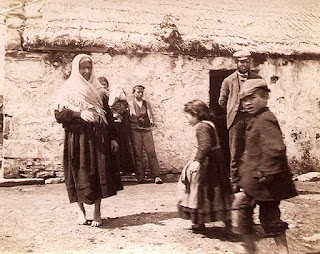 seat of the jeep - delicious cheese, pork, lamb, milk, chocolate... And guess what? I still buy their food, months or even years afterwards. In fact it's not a stretch to say that on any given week a large amount of what we eat at home is produced by the women below, with some of it (Ann Rudden's chocolate, Ballymaloe relish) making an appearance every single day. This isn't an exhaustive list of Ireland's female food producers, but its a picture of those that I've shared a cup of tea with, or buy from regularly as I really believe in their food. I promise to compile a more thorough version when I get a chance as its a great resource for both for Irish business women and foodies. But for the moment, check them out, buy some of their food and you may create a habit, and some friendships of a lifetime x