Would you like fries with that? We're being codded, again. 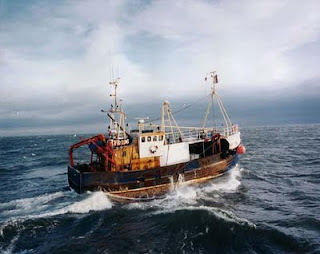 A year on from when I first wrote about the fish labelling scandal going on in Ireland it seems nothing has changed. In the second survey into what exactly we are buying when we purchase "cod", the Food Safety Authority of Ireland has revealed that nearly one in five fish are not what it says on the label. So what are the implications for consumers and does this point to murky goings on in the fish trade?


This most recent survey was carried out in retail outlets, fish shops, hotels, pubs, restaurants and takeaways all over Ireland. The FSAI found that 19% of products it sampled were labelled incorrectly. The largest sector selling us fake cod was takeaways, with 32% of takeaways found to have mislabelled fish produce on sale.

Do takeaways rely on people being either (a) drunk and on their way home from the pub when they buy their "cod" and chips, or (b) their product being so doused in salt and vinegar that your box of fish and chips could be in fact battered Nike trainer with deep fried turnip peelings?

The point is that this isn't so much a food safety issue but common or garden food swindling, based on making money from innocent consumers. Cod is generally an expensive fish and in this case it’s being replaced with other varieties, and food businesses are increasing their own profit margins by selling fake produce.

This survey was undertaken last autumn when cod stocks are traditionally low and found that fish such as pollack, coley or smelt were being sold as cod. At that time cod was about 11 euros a kilo; pollack about 6 or 7 euro a kilo so you stand to make a lot of money if you can replace one with the other.

Okay, so a bit of coley posing as cod won't kill us. However, in terms of food safety, food substitution in the past has had fatal consequences. In North America two people died from eating puffer fish that had been labelled and sold as monkfish; a pretty terrifying outcome. As consumers, we need to have confidence in what it says on the label. Particularly in the EU, we are under the impression that strict policies on labelling and traceability are in place. Instead, what this study reveals is a level of disfunction in the labelling of seafood in Europe.

What’s shocking about this is not the first time that mislabelling of fish has found to be an issue in Ireland. About 12 months ago when I first wrote on the subject UCD did a study on fish and found much the same problem. A quarter of the fish they examined was mislabelled. In one major supermarket chain, seven out of their 16 "cod" products weren't cod. The research calculated that by selling cheaper alternatives, this retailer could be getting inflated profits of between €400,000 to €550,000 per year on Irish cod sales.

So who is doing the duping – is it the supermarkets, the fish and chip shops or is it the fish dealers who are selling them the fish? The FSAI can’t name and shame the outlets or merchants involved in this sting so to speak. They found that some of the mislabelling may be due to a certain amount of ignorance, but a few names popped up in the retail and wholesale side where several instances occurred, especially in the battered and smoked fish. They’re being investigated as this would suggest that it was more than accidental.

Unfortunately the penalities are low even if charges are brought and while you can name and shame an outlet for food safety breaches, mislabelling food comes under “misleading the consumer” which hasn’t huge penalities – most will get a verbal warning, then if they persist be taken to court.

Not very heartening for the consumer is it? Will it take a serious health incident arising from food mislabelling to change the law? Why can't we find out who the worst operators are and therefore make our own choice as consumers to stop being codded at the fish counter? If you want to hear more on this topic I'll soon upload my interview on RTE radio with Pat Kenny teasing through the issue. And no, there won't be any bad jokes, I promise.

In part two of this post, I'll be examining the sometimes hideous, sometimes hysterically funny history of food substitution and I'll have some tips for how to buy Irish fish, that's the genuine article. We've so much great fish in Ireland it's ridiculous that we're buying not only fake product but fake product that's mostly coming from outside the EU. But that's a whole other story... part two coming soon.
Posted by suzanne at 8:27 AM