Is being a foodie just another kind of elitism? 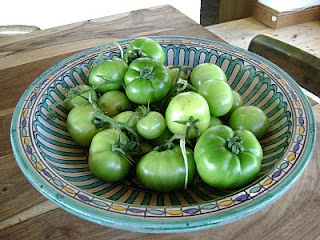 I rarely publish other material here but this piece from American farmer and local food campaigner Joel Salatin was just too good not to draw attention to. He asks the question - if you're interested in good food, how should you reply when you're labelled an elitist?

His responds to the "elitist" charge with an analysis of why good food is more expensive than commercial, subsidy-aided manufactured produce. His arguments are arresting, and form what's basically a synopsis of the pressures many Irish food producers and farmers are under continually to compete with the food giants of America and Europe.
Joel writes from an American perspective where things are pretty bad for small farmers, it makes me think again how impossible it is to survive in America if you're not one of the food conglomerates, and makes it all the more remarkable that anyone even tries. People like this make us here in Ireland look very lucky indeed. See what you think and let me know your views.
The full piece can be found at http://flavormagazinevirginia.com/foodie-elitism/ here's a synopsis -
Rebel with a cause- food elitism?
Because high-quality local food often carries a higher price tag than food generated by the industrial system, the charge of elitism coming from fans of industrial food is often vitriolic, and embarrassed foodies agonise over it. For all their positive energy surrounding food, I’ve found latent guilt among this group — guilt for paying more for local food when others are starving, guilt for caring about taste when others would happily eat anything. Instead of cowering in self-guilt, let’s confront the issue of prices head on.

Why It’s Worth It

Second, economies of scale will continue to progress as more people buy local food, which will bring prices down. The collaborative aggregation and distribution networks that have been fine-tuned by mega-food companies can and will be duplicated locally as volume increases and regional food systems get more creative.

Third, eating unprocessed foods is the best way to bring down your grocery bill, regardless of where the food originated. A 10-pound bag of potatoes costs the same as a 1-pound bag of potato chips. Cultivating domestic culinary arts and actually reinhabiting our kitchens—which we’ve remodeled and gadgetised at great cost—can wean all of us away from expensive processed food. A whole pound of our farm’s grass-finished ground beef, which can feed four adults, costs about the same as a Happy Meal. (And guess which one is more healthy?)

Fourth, non-scalable government regulations—which are designed to protect eaters from the dangers inherent in the industrial food complex but are not relevant in a transparent, regional food system—inordinately discriminate against smaller processing businesses like abattoirs, kitchens, and canneries, because the costs of complying with the (inappropriate) paperwork and infrastructure requirements cannot be spread out over a large volume of product. These regulations lead to price prejudice at the community-based scale: Small processors are at a disadvantage because they must pass those costs on to consumers, making their products more expensive than the mass-produced ones. These burdensome regulations also discourage entrepreneurs from entering local food commerce.

Fifth, unlike huge, single-crop or single-animal farms, diversified farms like ours do not receive government subsidies. Nor do the production, processing, and marketing of our food create collateral damage like that caused by factory farming—damage left for taxpayers to fix. Subsidies and government clean-up measures are not included in the price you pay for processed food at the grocery store, but if they were, local food would not seem so expensive in comparison.

Consider the Rhode Island–sized area in the Gulf of Mexico now known as a “dead zone” because nothing can survive in the oxygen-starved water, a result of manure and pesticide runoff. Who pays for the clean up and the reversal efforts? Who pays to address antibiotic-resistant strains of bacteria like MRSA, caused by the overuse of antibiotics in CAFOs (concentrated animal feeding operations)? Who pays to treat people with Type II diabetes, which they get from consuming processed food that is sold cheaply because the corporations making it have received subsidies? Who pays to clean up stinky rural neighborhoods with densely populated poultry and livestock compounds? And what is the value of the land irreversibly damaged by bad farming practices?

Sixth—and this is where I wanted to head with this discussion—plenty of money already exists in our economic system to pay for good food. Can you think of anything people buy that they don’t need? Tobacco products, $100 designer jeans with holes already in the knees, KFC, soft drinks made with high fructose corn syrup, Disney vacations, large-screen TVs, jarred baby food? America spends more on veterinary care for pets than the entire continent of Africa spends on medical care for humans.

I won’t labour the point, but if you took all the money people spend on unnecessary baubles and junk food, it would be enough for everyone to eat like kings. We could all be elitists.
With that money, we could create a world where all the people eat food that is above average. Almost everyone I know who owns a community supported agriculture (CSA) share could afford to purchase an extra one for an impoverished family. And if you had to give up a few $4 lattes to do it? What a pity.

At the risk of sounding uncharitable, I think we need to quit being victims and bring about change ourselves. Don’t complain about being unable to afford high-quality local food when your grocery cart is full of beer, cigarettes, and People magazine. Most people are more connected to the celebrities in People than the food that will become flesh of their flesh and bone of their bones at the next meal.

The other day I saw precooked bacon in a box at the supermarket—for $30 a pound. Do we really have to buy precooked bacon? If you took the average shopping cart in the checkout line and tossed out all the processed food—everything with an ingredient you can’t pronounce, everything you can’t re-create in your kitchen, and everything that won’t rot—and substituted instead locally sourced, fresh items, you would be dollars ahead and immensely healthier.
We can all do better. If we can find money for movies, ski trips, and recreational cruises, surely we can find the money to purchase integrity food. The fact is that most of us scrounge together enough pennies to fund the passion of our hearts. If we would cultivate a passion for food like the one we’ve cultivated for clothes, cars, and entertainment, perhaps we would ultimately live healthier, happier lives.

Embracing Elitism
To suggest that advocating for such a change makes me an elitist is to disparage positive decision making and behaviour. Indeed, if that’s elitism, I want it. The victim mentality our culture encourages actually induces guilt among people making progress. That’s crazy. We should applaud positive behavior and encourage others to follow suit, not demonize and discourage it. Would it be better to applaud people who buy amalgamated, reconstituted, fumigated, irradiated, genetically modified industrial garbage?

The charge of elitism is both unfair and silly. We foodies are cultural change agents, positive innovators, integrity seekers. So hold your head high and don’t apologize for making noble decisions.
Posted by suzanne at 11:59 AM