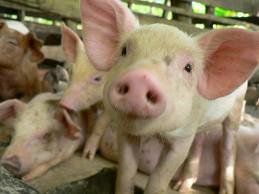 UK supermarkets including Tesco have just announced that they are suspending pork supplies from a pig farm involved in cruelty allegations. For the second time in recent months, undercover footage has emerged from the lobbying group Animal Equality appearing to show pigs being beaten and inhumanely killed.

Tesco has suspended its contract with the pork supplier saying that they expect "extremely high standards" for animal welfare and are urgently investigating what went wrong at the farm, which was also approved under the RSPCA's "Freedom Food" higher welfare standard. The Co-Operative Group has also asked its own label suppliers not to source from the East Anglian Pig company which is at the centre of the allegations.

For consumers, viewing images like the photos and video which have emerged from the Norfolk farms would put you off your breakfast sausages in a jiffy. I've filmed and interviewed farmers on pig farms in Ireland, and in the supersized version - pig units in Holland. This is the intensive end of the pig farming world - pigs are housed indoors in large numbers and like it or not, it's where most of our rashers, sausages, pork loin etc come from. 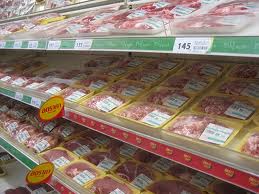 In both the UK and Ireland they are regulated under EU food and farming regulations which have codes of practice and welfare conditions to be met in terms of the pigs having space to move, correct ventilation, feed and veterinary care. And at the end of the pigs growing period, they are to be sent to abbatoirs with veterinary inspectors present to be humanely killed for the food chain.


In England the RSPCA has released a statement saying it has visited the farm and has concerns about the handling of the sows, younger pigs and the way animals seemed to be inhumanely killed. It's the second time in recent months that pig farms, (both in Norfolk) have been found to be breaching guidelines. After the first Norfolk footage emerged, the farmer was found dead three days later. This terrible outcome followed an interview he gave saying he was unbelievably distressed that the animals he farmed were so badly treated by the workers he employed on his farm.

I feel that in Ireland that pig farmers are closer to what is going on on their farms, livestock handlers are more connected to what they are doing, and also to food and animal welfare standards. In Ireland, Bord Bia "Quality Assured" pork means farms have a extra layer of standards above the EU regulations for regular pig farms. They are inspected, audited continously and there is a high degree of traceability in the chain. In terms of pork you buy in the supermarket, "Quality Assured" label on packaging as it means the pig meat was farmed in Ireland under a highly regulated system.

What happened in the UK should not be happening on pig farms anywhere in Europe, including Ireland. I read a lot about food and farming systems in the United States and one thing we have in bucketloads in this part of the world is regulation on how our food is produced, including the welfare of the livestock we eat. The good aspect of this story is that the supermarkets were very quick to react to consumer fears, and the off-putting idea that animals are suffering for your plate.

If you want to pay extra for animal welfare to the extent that it influences your shopping you can always buy free range pork from the many Irish farms now selling it. Pigs on these farms roam in the open and have a more natural "herd" structure. If you can't make that price point  - free range is going to be more expensive, look for Irish pig meat, Bord Bia approved or from small producer groups like Trully Irish.