Fat tax adds 6% to price of cream; supermarket charges 17% more, just for the hell of it. The Denmark fat tax experience 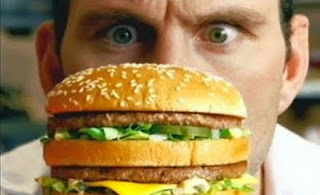 Yes sometimes I moan about supermarkets, but I never thought they could have an active role in mucking up public health policy.


I recently did a report on RTE radio about Denmark's Fat Tax. Instead of the expected trend in consumers purchasing high calorie foods, what I found was that retailers there are using the tax to fatten their bottom line. A price survey of eight supermarkets carried out by weekly Danish newspaper Søndagsavisen with co-operation from the Tax Ministry, revealed that prices on many fatty foods were significantly higher than warranted by the tax’s introduction.

For example, while Skat – the Danish Tax and Customs Administration had calculated that the price of sour cream would increase by 6.6 percent due to the fat tax, the spot check revealed that at supermarket Aldi the price of sour cream was raised by a whopping 17.3 percent.
Aldi was the worst offender in the study, with the supermarket raising prices on 9 of the 10 inspected products by more than what could be accounted for by the new tax. Lidl was also an offender - they had increased the price of sour cream by 15.1 percent more than warranted by the tax. Both of these firms operate in Ireland and in fact are growing their share of the grocery market here. 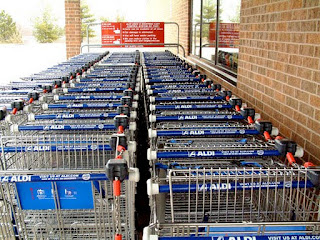 The Danish Consumer Council’s reaction was “Supermarkets can determine their own prices, so it is not prohibited, but it doesn’t look good.” Yes, it sure doesn't look good. Politicians there have now said that there needs to be a debate on “whether there are ways to protect the consumer.”

In all my analysis of fat taxes and obesity measures around the world I was probably naive to overlook the huge issue of how these taxes are delivered - via the supermarkets. As there is yet no regulation on supermarkets in Ireland, going down a sugar tax or fat tax route could put us in exactly the same postition as the Danes - being fleeced. There are also supermarkets in Denmark who are not charging the new tax and trying to gain competitive advantage. So basically, the public health measures expected from the tax are at the whim of the companies who deliver them.

Later this winter we should have legislation here on a proposed new supermarket ombudsman and the possibility of at last protecting both consumers and food producers. After giving a witness statement at an Oireachtas Committee on this back in 2009 it's getting critical that something finally be done. Successive governments here have shirked their responsibilities on the issue. The Danish example just goes to prove that if you have no legal framework to work with the supermarkets on pricing then you may as well be throwing public health measures down the pan.

If you want to hear my discussion with Pat Kenny on the Danish fat tax dilemma it's on the following link; scroll down to November 1st and you'll see my name and the Fat Tax item.