In 2008 when myself and Philip started writing "Basketcase - What's happening to Ireland's Food" there were few places and gatherings that discussed the down and dirty aspects of what we eat. Agriculture was an unfashionable concept in Ireland; fields were for building houses in, not growing food. There was little crossover between the restaurant sector, farmers, artisan producers, mainstream agriculture, food manufacturing, food economists and of course, us, the consuming public.


Happily, three years later, we're in a very different place. People engage more with what's going into their shopping baskets and into their mouths, and it's not about food snobbery; but about wanting to know about where food is coming from, what it's doing to our health and the health of our economy. This change is mirrored in a new gathering designed for food enthusiasts who want to know more about food in Ireland; where it comes from; how it's farmed, how it's retailed, how it's served in restaurants and where the future lies for Irish food producers.


In a way it's ironic that it took the collapse of property developing in Ireland to reveal that one of the most solidly performing sectors of the economy was and still is, agriculture and food - currently earning us 8 billion euro in exports a year. In more chastened times we are returning to what we do very well - producing food - and examining it in much more detail. Forums like For Foods Sake have come out of this curiosity to know more, and put our money where our mouth is. 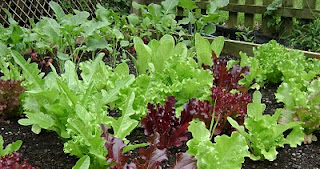 What were former separate channels of the sector have now become much more enmeshed. Restaurateurs source artisan produce, commercial pig producers talk about the dangers of having a future Ireland without pig farming due to international speculation on cereal prices. Some farmers are moving to organic or rare breed meat while new research shows that shoppers are buying more Irish products and know the value of what buying Irish means to the local economy. They are also more engaged with growing their own food, cooking from scratch and food knowledge, all of which is great news for Irish food producers and transmitting their message to consumers.

Many of these issues will be teased out at For Food’s Sake which is designed to be a bi-monthly evening of food discussion and tastings that will explore Irish food and its future possibilities. The first event will be held in Dublin's Sugar Club on Thursday 31 March. Aoife Carrigy, food journalist, blogger and and former deputy editor of Food & Wine Magazine, will be chairing the discussion. She is one of the brains behind the forum and is passionate about Irish food. All credit to her for bringing a great idea into reality and putting hard work and imagination into the project.


On the first evening of For Food's Sake I join a panel of speakers which includes the lovely Graham Roberts of Connemara Smokehouse; Irish Farmers’ Association’s Pat Smith, and Una Fitzgibbon who is Director of Marketing Services at Bord Bia. Here's the sort of issues under discussion on the first night -


What can we do to support sustainable growth of the Irish food industry, through consumer choices as well as policy decisions

Who are we producing Irish food for – for export or for home consumption – and what does this mean for how we produce it?

How heavily does Irish agriculture rely on subsidies, why and what happens if those subsidies disappear?

Can organic food production provide a realistic alternative model for Irish agriculture or is it by nature a niche market?

Does our indigenous fishing industry have a sustainable future, and do we care enough to demand that it does?

Happily, there will be food tastings on the night courtesy of several Irish artisan producers who will tell you about the wonderful products they make and let everybody check them out for themselves, and there will be a full bar so lots of chat and banter expected.

So put the date in your diary and as Aoife says - For Food’s Sake, come join us, and Eat! Drink! and Be Merry! We’ve a lot to be cheerful about. And much to discuss. Let’s get started. For more information, see facebook.com/ForFoodsSakeIreland and HolyMackerel.ie or contact Aoife Carrigy on 087 6100 826 or Aisling Rogerson on 087 961 4755, or email us on ForFoodsSakeIreland@gmail.com

Follow-up events will take place on the last Thursdays of May, July and every two months after that. Each evening will feature different artisan producer tastings, different topics and a different panel.